Walking has become a radical act 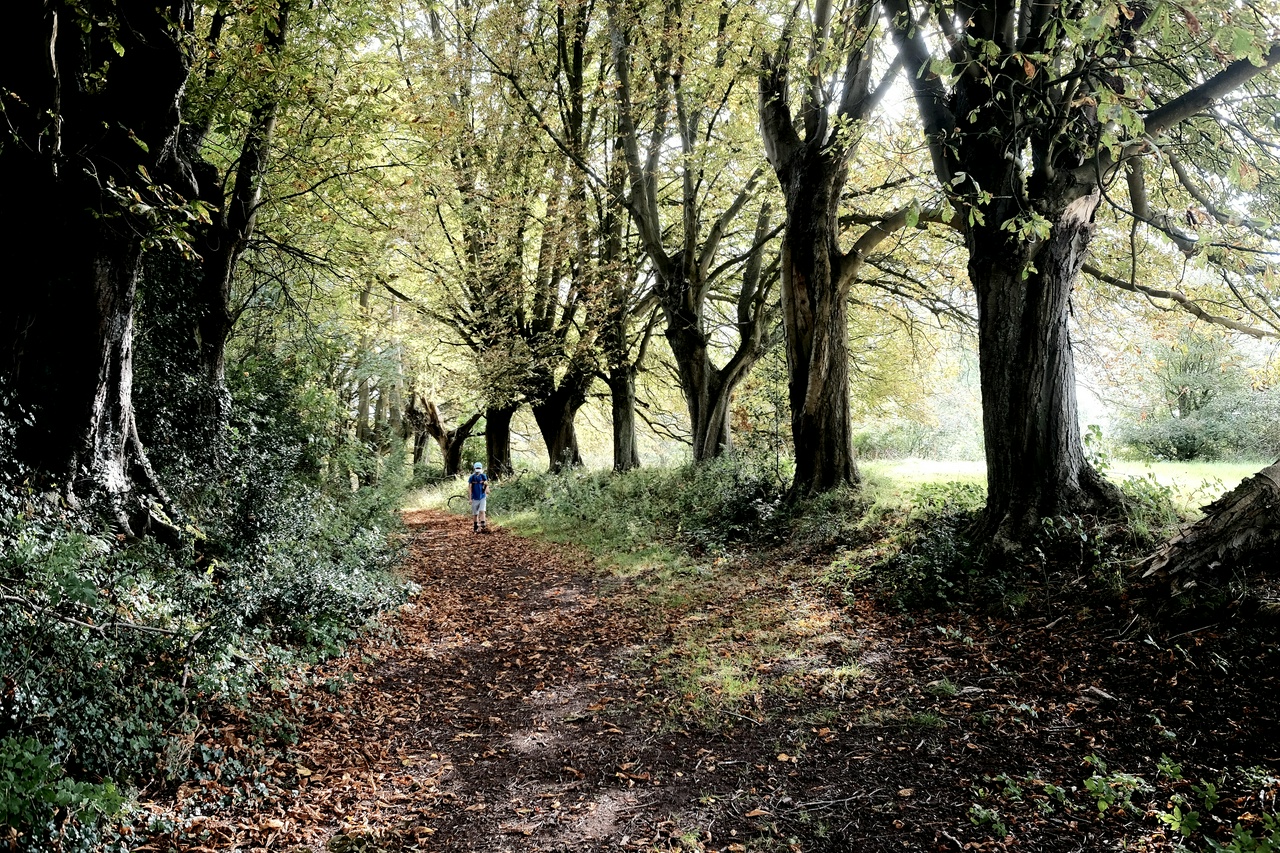 We pass through an avenue of horse chestnut trees on our walk to my parents’ house. In autumn, G is compelled to investigate every promising-looking conker. In winter, we crunch the icy mud or kick our way through snow. In spring we might shelter from a passing shower. In summer, we welcome the shade. Whatever the season, we never tire of this walk. Yet choosing to travel a few miles in this way, immersed in our environment instead of cooped up in a car, is now seen by many people as strange and unusual.

Three decades ago I walked through the chestnut avenue on my way to the village school. Walking was normal. We had a car, but that was for my dad to get to work in the city. My mum and I got around most places on foot. When we had to go further afield, we walked up to the bus stop in the village or across the fields to the train station. And we weren’t the only ones; their next-door neighbours moved to this rural location without even owning a car.

I can remember resenting our pedestrian approach to travel only occasionally. For the most part it was fun (you can’t collect conkers in a car), and it gave me a sense of independence. This is what I like about walking: getting somewhere under your own steam is incredibly empowering. As an added bonus, you get to immerse yourself in your environment and interact with people you meet.

“The sum of the whole is this: walk and be happy; walk and be healthy. The best way to lengthen out our days is to walk steadily and with a purpose.”

A couple of times recently, I’ve stopped to chat to an older man shuffling his way resolutely up a street near me. The first time I met him he was on his way to get his hair cut. It takes him ages, he said, but he insists on walking. The second time, we chatted about his family – his late wife, who died young, and the four children he raised alone and sent to the local school.

Another day, I walked to the bakery with a neighbour – now in his 90s. We talked about the supermoon that had been visible the night before. He recalled watching the moon landings during a family holiday in Wales. After the kids were in bed, he and his wife sat outside their caravan staring up to where Neil Armstrong was taking those famous first steps. If I hadn’t walked, I’d never have heard this beautiful story. 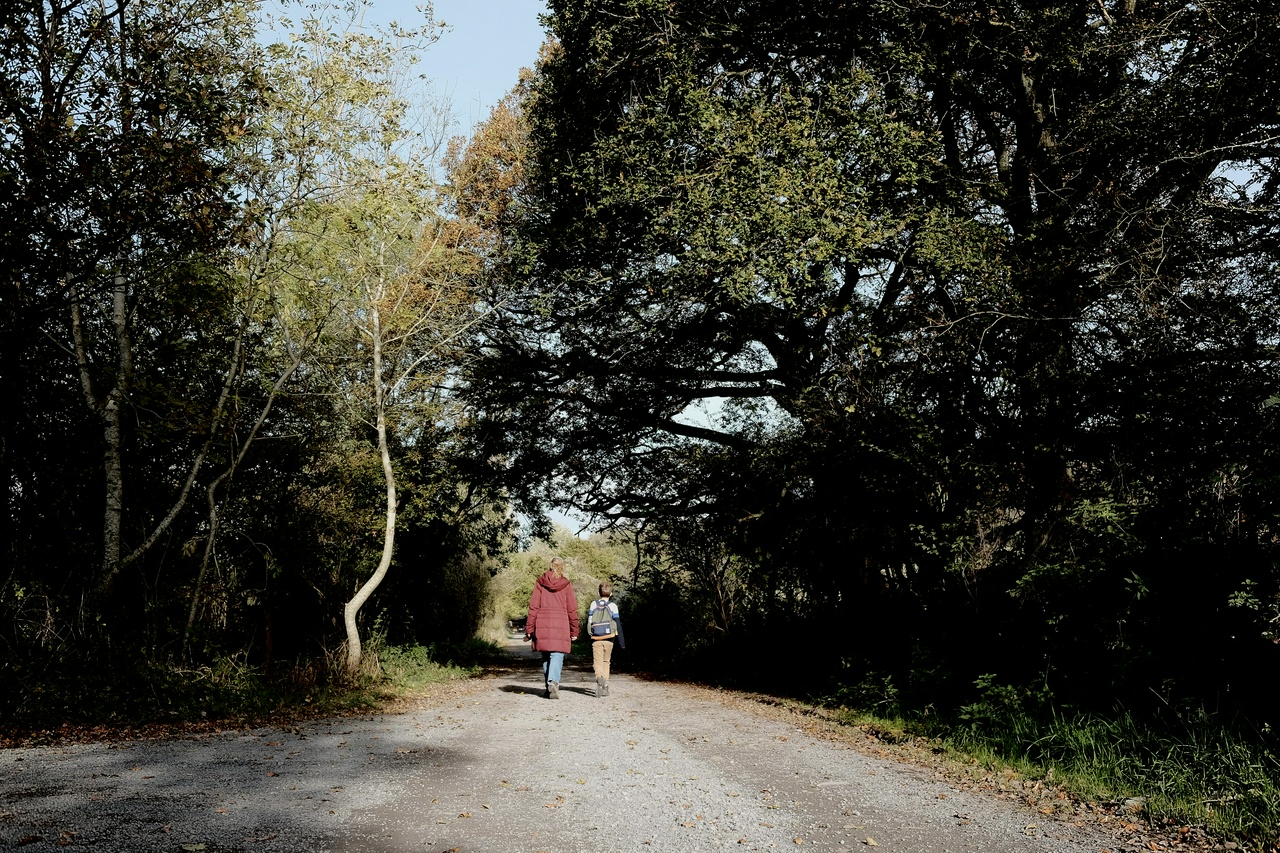 Aside from independence and social interaction, an abundance of research has shown how good walking is for mental and physical health. And yet people walk less and less. I know someone who has a lifestyle van (think big alloy wheels and tinted windows) which they use mainly to drive one kilometre to work. Having missed out on the chance to get any exercise, he then needs to drive the van to the gym.

“Life is busy,” he’d no-doubt say. “I have the school run to do.” For him, walking would mean going against the grain of modern life. Norwegian explorer Erling Kagge – the first man in history to reach the north and south poles plus the summit of Everest by foot – puts it like this:

‘So much in our lives is fast-paced. Walking is a slow undertaking. It is among the most radical things you can do.’

Erling Kagge in Walking: One Step at a Time

Yet it goes deeper still. To walk is not just to stand up to the pressure of time, but to the forces that tell us we must purchase convenience so we can navigate our busy lives. Car ownership involves repeatedly handing a lot of money over to large companies: manufacturers, oil producers. Gym membership isn’t cheap. But walking is free: the individual benefits, but not the corporations.

Writer and walker Will Self explored this theme in his inaugural lecture as professor of contemporary thought at Brunel University in 2012:

The contemporary flâneur is by nature and inclination a democratising force who seeks equality of access, freedom of movement and the dissolution of corporate and state control.

If you walk, you are not reliant on the things corporations want to sell to you. And even though you are still barred from over 90% of the land in England (thanks to the nation’s shocking access rights), you are still beyond much state control. On foot, you can usually pass largely unnoticed and untroubled through the landscape.

Choosing to walk has become a rejection of what society pressures us to do, in favour of what our hearts tell us to do. The most ordinary thing – getting around on foot – has become a radical act of resistance.