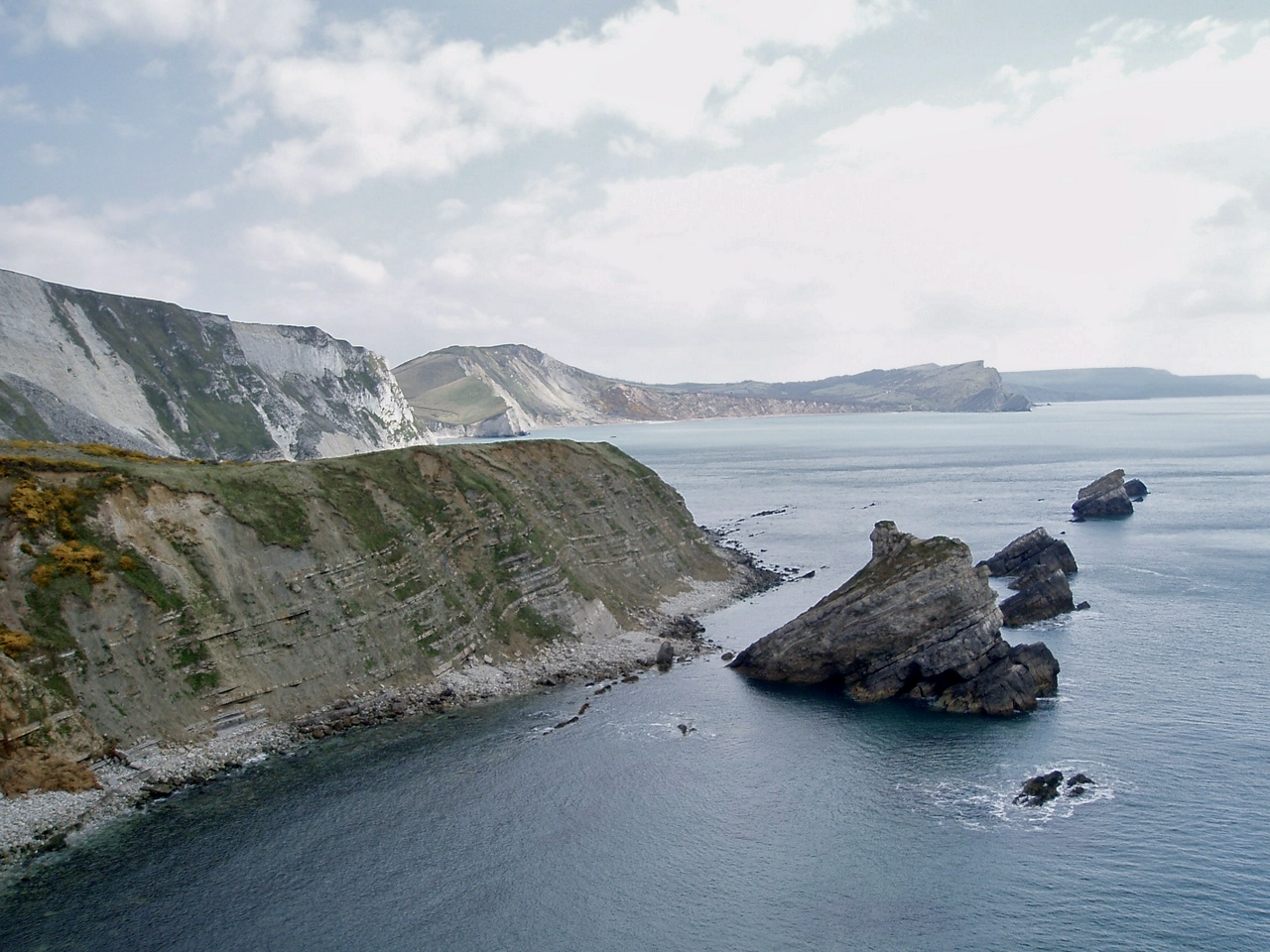 It was an adventure I’d dreamed about since a childhood bedtime story – an adventure that spanned 14 years, starting in Minehead when I was a teenager and finishing in Poole as I was about to become a parent.

Sometime in the mid 1980s, my dad read me an account of one man and his borrowed dog’s walk along the South West Coast Path. Mark Wallington’s 500 Mile Walkies made a lasting impression. Even as a child I could appreciate the self-deprecating humour it found in the everyday life on the trail – from battles with misshapen tents to encounters with curious local characters. Sure, it would be fun to be the children in the Chronicles of Narnia, but I was old enough to know that wasn’t going to happen. The coast path, though, was a real possibility.

In the years that followed, I read and reread 500 Mile Walkies. I joined the Scouts and relished the hiking, camping and other adventures. Through school I took part in the Ten Tors events, walking dozens of miles over Dartmoor in a weekend. But still there was the coast path – awaiting, unwalked. Then, during my time at university, my Dad and I began our adventure.

I’m not sure now how or why it started, other than that we’d both always wanted to do it. The notebook my dad kept of our trip doesn’t record the reason – just that we started, leaving Minehead one lunchtime and arriving at Porlock Weir in time for a fish and chip supper. In subsequent pages it records how, in sections over the years, we walked the 630 miles to Poole. 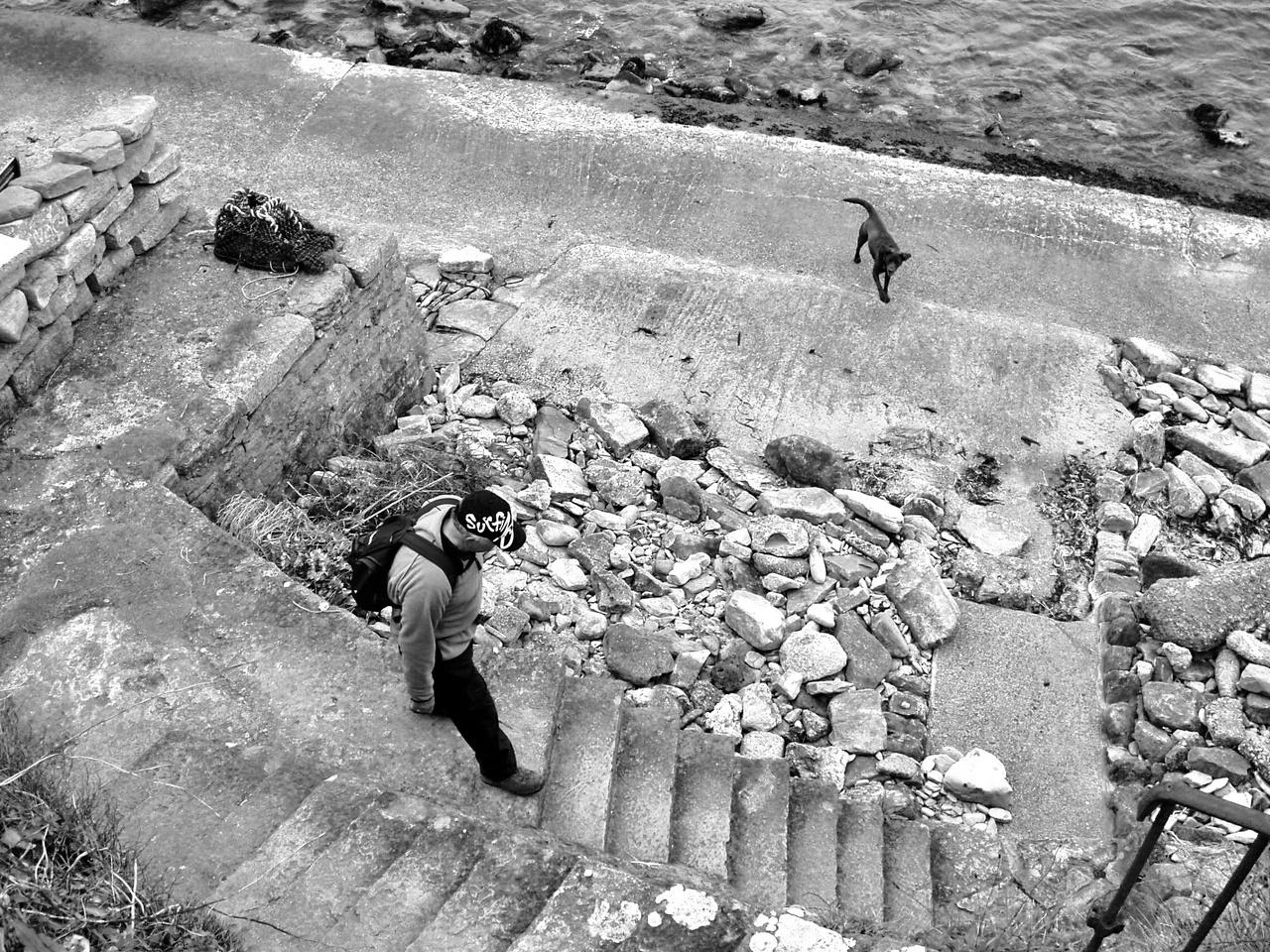 The walk itself was a mixture of nostalgia and discovery. I was passing through places I’d been before, albeit only through the pages of Mark Wallington’s book. Yet many were not entirely as I’d imagined them. Yes, the Exmoor woodland brooded steeply down to the sea. North Cornwall’s high cliffs were stunning. But I liked areas I’d naively assumed would be a bit dull in comparison – like the creeks and inlets along the South Hams coast. One particular day of walking that stretch, which ended with the ferryman rowing us across the Yealm Estuary to a B&B tucked away on the wooded east shore, sticks in my memory.

My dad has never been fond of camping, so it was B&Bs all the way. The hit-and-miss nature of these added to the highs and lows of the path itself. As we approached our stopping point for the day, we’d start to wonder what that night’s accommodation would be like. Aside from our glorious digs on the banks of the Yealm, where we had the luxury of our own space in the converted garage, the high point was an unassuming place in Paignton, where my dog found herself treated like the pedigree royalty she thought she was, even though we had no paperwork to prove it. Complimentary dog biscuits, dinner in bed. That was the life.

The dog – a rescued chocolate Labrador called Wispa – had joined our trips on the south Cornwall coast, after she’d come to live with my then fiancée and me. The first year we had Wispa I went on the coast walk trip without her – worried about how she’d behave and unwilling to shoulder the extra hassle that taking a dog on such trips entails. But it felt wrong. After all, Boogie the dog was an integral part of 500 Mile Walkies. My dream was, in part, to walk the path with a dog as well as my dad. 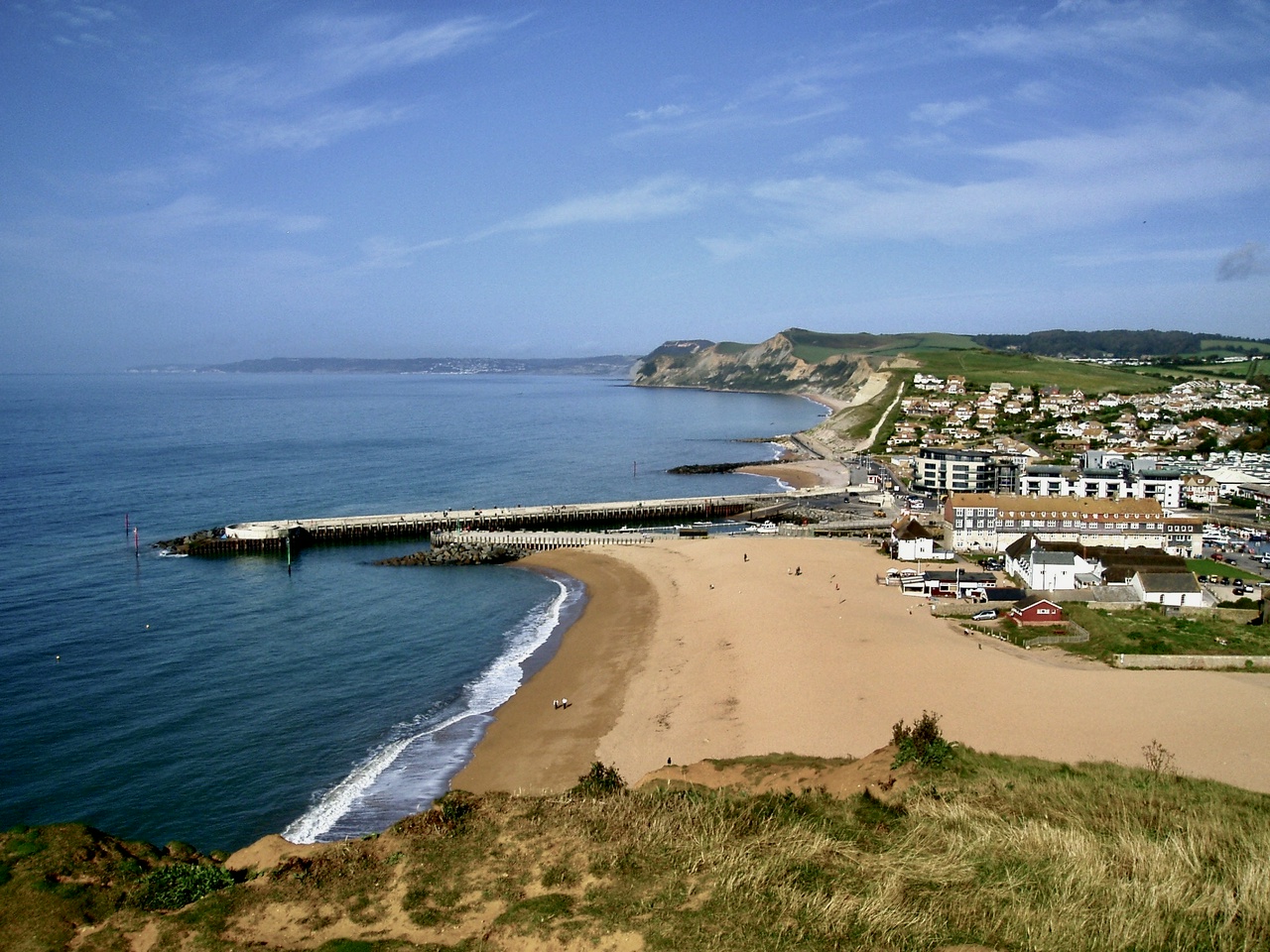 So, from that point on, Wispa came too. She loved it and we loved having her along; her exuberant presence added an extra dimension to our trips. She was indulged by train guards on our journeys down to the south west (one gave her a bacon roll). She displayed endless enthusiasm for walking and swimming in the sea, even when we were flagging. And she provided a handy alarm clock, licking my dad in the face when she considered it was time we got out of bed and started walking.

Wispa only looked miserable once – and on that occasion she wasn’t alone. Torrential rain had turned the stretch of path along slumped cliffs into Lyme Regis a miserable trudge. A sign at the start of the section warned of the arduous terrain and the lack of access from the path either to places inland or to the sea. Later, as I struggled to make my frigid fingers function well enough to peel off sopping layers of clothes in a Lyme Regis public toilet, I realised we’d definitely make it to Poole. If we could cope with days like that, the rest would be no problem.

And it wasn’t. We returned in the autumn of the same year to walk the section to Weymouth. Then, in spring the following year, we walked the final section to Poole. My wife, pregnant with our son, took some photos of me, my dad and Wispa crossing the finishing line. Our 14-year adventure was at an end.

My son is now eight years old and Wispa is gone; she died a couple of summers ago. The walk, a fixture of my life for so long, is complete. All 1,014km or so.