The bridge lifted to allow a narrowboat to pass underneath. If you're three years old this sort of thing is indescribably exciting. 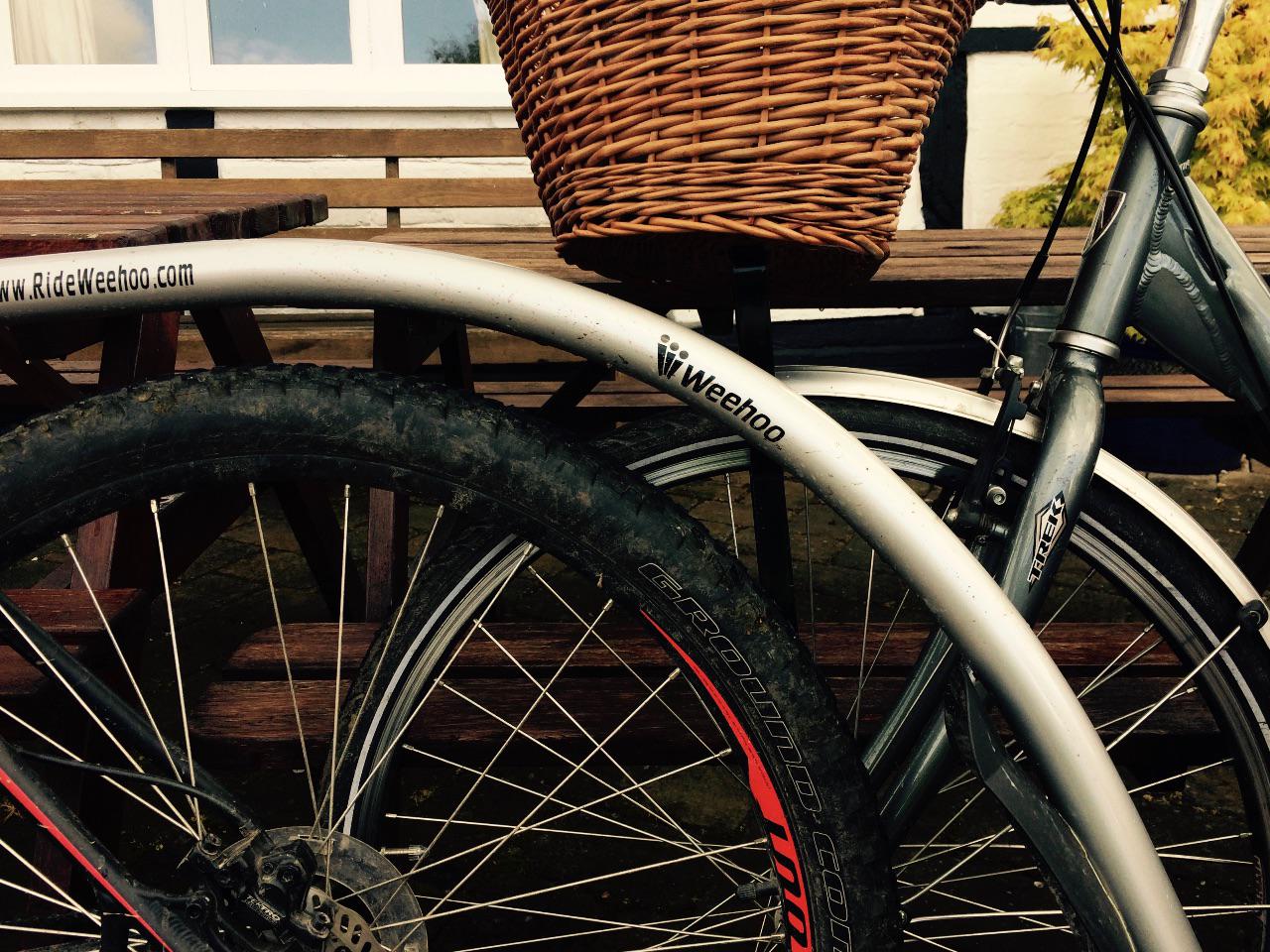 G is three years old and the promise of seeing the bridge in action had kept him happy in his bike trailer as we pedalled nearly 50km along the back roads, bridleways and cycle paths from Malvern to Gloucester Docks.

It was our first attempt at a family bike ride on this scale and as we took in the scene we were proud of our achievement, even if it went unnoticed by car-borne daytrippers around us. Having watched more boats come and go and briefly fantasised about buying the disused lightship moored for sale, we sought a chain restaurant to fill G up with comforting, familiar food. Then we went to bed in the cheap hotel we had booked online the week before, thinking that we’d be too tired to care much about our surroundings.

We were right; sleep came easily to us all. This meant there were none of the problems we typically encounter when sharing a hotel room – chief among which is having to hide in the bathroom while, in the darkness outside the door, an over-excited child tries to fight off sleep.

The following morning we joined the other guests with young children at the early breakfast shift, unashamedly packing in as many calories as we could for the journey home. After checking out, we returned to the spot around the back of the hotel where we had locked up our bikes. A little wearily, we began our long pedal.

Almost immediately we were cycling among meadows as we followed the Sustrans route through the Alney Island Nature Reserve. The rare-breed cattle grazing there raised their heads as we passed, giving us a better look at their magnificent horns.

It was too early in our journey to linger, so we rode on. We soon passed a landmark of Victorian engineering: Telford's bridge. Surplus to the requirements of the modern road that thunders across an ugly steel and concrete bridge nearby, the elegant lines of the old bridge now provide a grand way to cross the river by bike. But we followed instead the path that hugs the river as we made our way upstream and home.

The return journey was more tiring and less eventful than the outward stage, our legs heavy and the route now familiar. There were detours to explore bridleways that prompt cries of “Too bumpy!” from the trailer. No bent mudguards and frustrating attempts to reshape them in a pub garden. Not even too many cries of “Are we nearly there yet?” from G – or either of the two adults.

Just a quick stop for lunch and home in time for tea.