The slow train from Smethwick 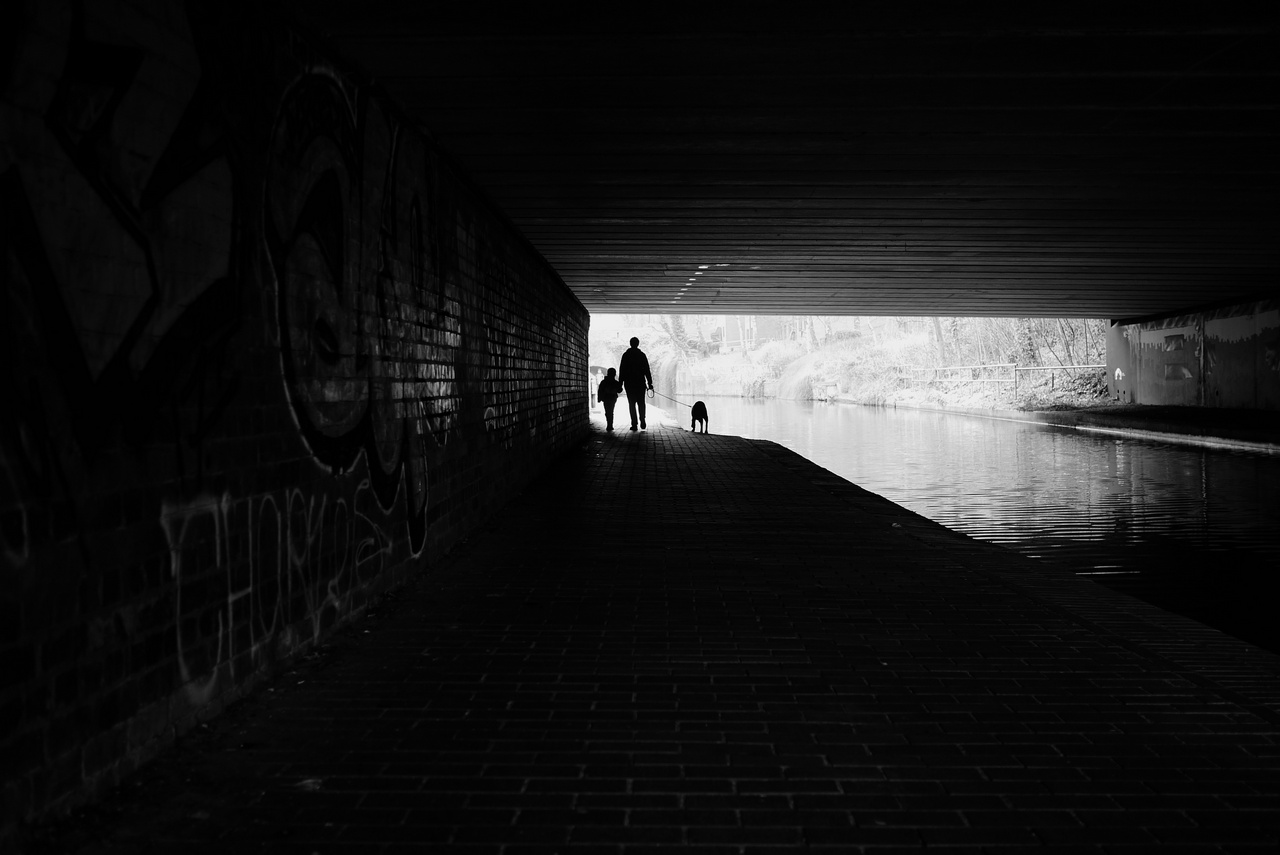 Keen to escape rural mud after a wet winter, we caught the train into Birmingham for an urban wander and, for one of us, an unscheduled swim.

It’s no picture-perfect Cotswold stroll, but the towpath between University Station and Smethwick Galton Bridge had the appeal of being surfaced and flat. Perfect for four ageing doggy paws and for the stamina of a four-year-old human.

I was happy too, because I love exploring edgelands and neglected corners of cities: they reveal so much about what a place is really like today, and what it was like in the past. Canals offer the perfect walking route to cross this landscape because they form a kind of living archaeological trench along which you can walk through an area’s industrial history.

The initial leafy suburban feel soon gave way to the gentrification and redevelopment around Gas Street Basin, where the coal-stained story of the canals and the industries they supported has been scrubbed clean. Executives in offices have replaced workers in factories, flats have replaced warehouses and leisure and retail have replaced manufacturing. Where once things were made, today experiences are sold.

The mood changed again as we headed out west beyond the reach of the redevelopment. Feats of nineteenth-century engineering were everywhere – from Thomas Telford’s Engine Arm Aqueduct to Galton Bridge itself, the highest single span in the world when it was built. Beyond the bridge lay Chances Glass Works, manufacturers of high-grade glass for lighthouses, amongst other purposes.

Chances would have to wait for another day, though. Smethwick Galton Bridge train station was far enough for us. Feet and paws were growing tired. And the owner of the paws – Wispa the chocolate Labrador – was growing tired of being so close to water yet, restrained by her lead, not allowed to swim.

Approaching Galton Bridge, Wispa made her move. Sensing just enough slack in her lead, she flopped into the canal for a refreshing dip (or the chance to catch all sorts of diseases, depending on your point of view). We quickly hauled her out and continued to the station for our train home, treating commuters to the lingering smell of wet dog.

[Wispa showed no ill effects from her dip, you’ll be pleased to know but – much to her annoyance – wasn’t allowed within two metres of a canal ever again.]