The first footprints in the snow 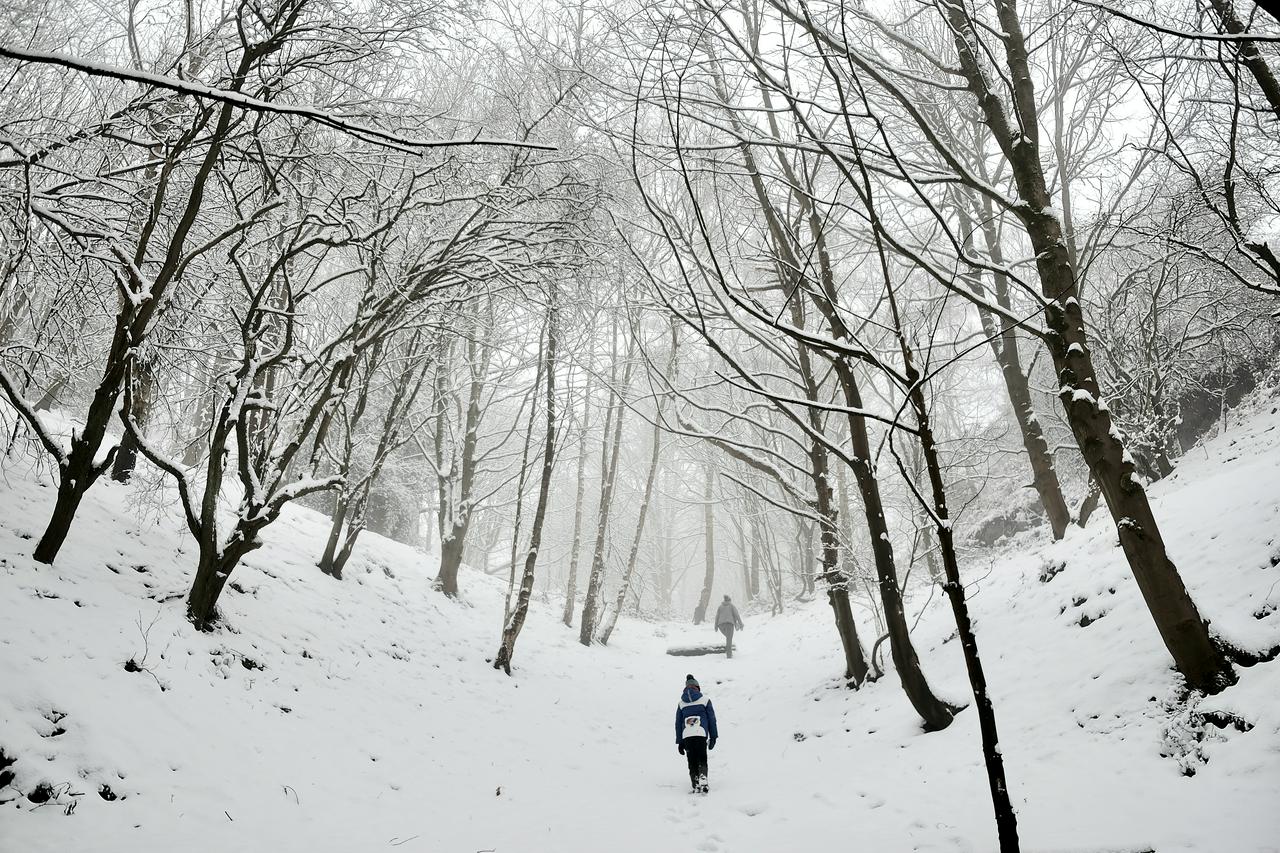 Another snowfall. Peering through the window into the early-morning gloom we could see a deep covering in the street outside. The hill beyond was obscured by cloud but we knew straight away that we wanted to go up there.

Being the first people to experience a landscape freshly revealed by nature, be it a snow-blanketed hill or a sandy beach uncovered by the falling tide, is a rare and special feeling. A reward for getting up earlier, and walking further, than other people.

We busied ourselves eating breakfast, packing a snack and a flask of hot chocolate, and pulling on our layers of winter clothing. It was growing lighter as we left the house, dawn breaking somewhere behind the low cloud. We weren’t the first to have walked along our street that morning, but the signs were good: only one other set of footprints. Few had yet ventured out.

After making our way up a couple of streets, we turned onto the path up the hill. We were going the direct way, straight to the top. As we climbed through the trees on the lower slopes it was clear we were the first to pass this way. The first humans, that is. A few birds and a fox or two had been out, surveying their changed world. 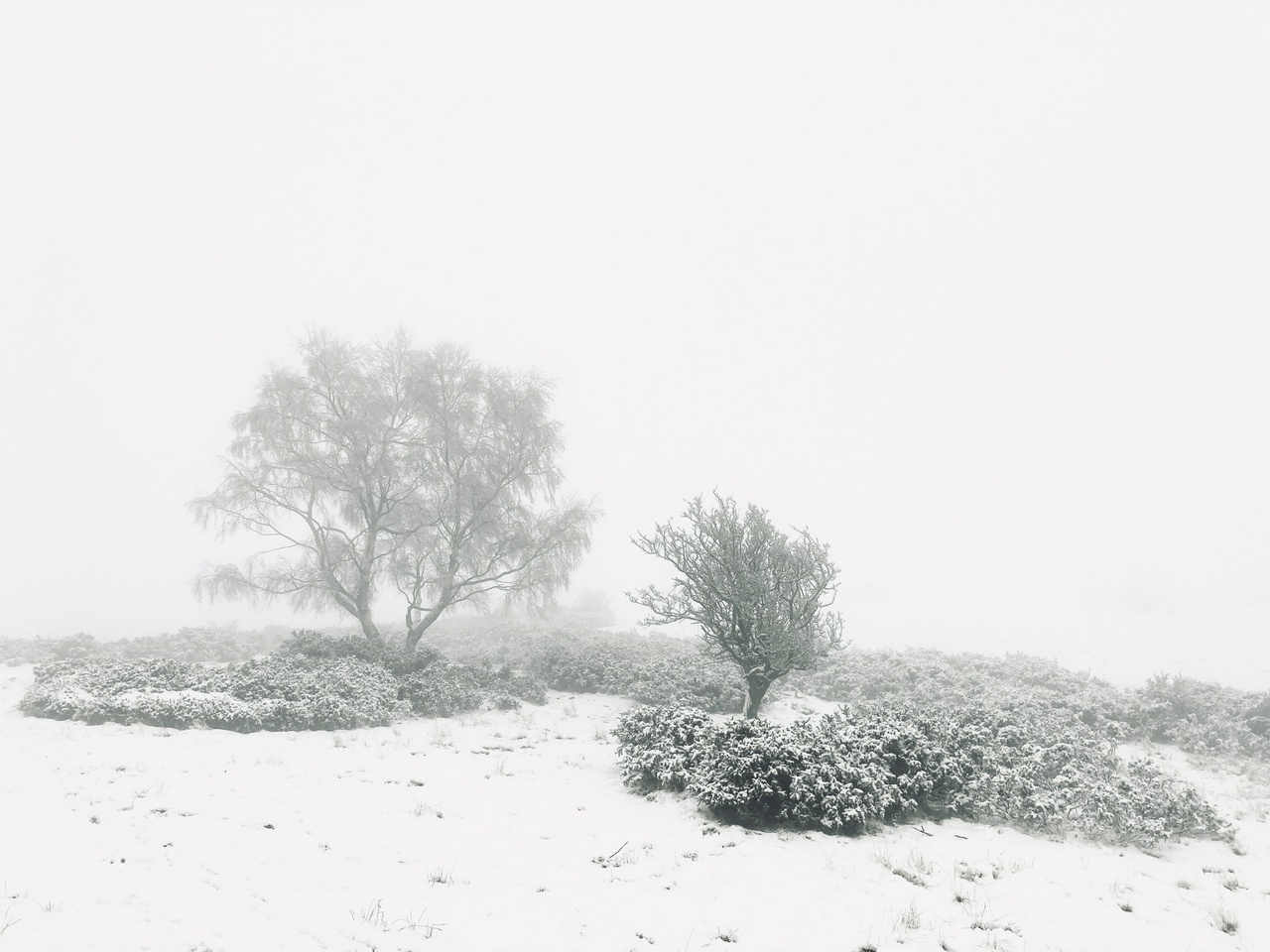 We climbed higher and the powder got deeper. Walking turned to wading. Some drifts on the exposed ridge were deep enough to require caution. Elsewhere grass still poked through where slopes had been sliced clear of snow by the cutting wind.

Bending into the icy blast, we pushed up the final stretch to the summit. All was white, the cloud still smothering the hill. There was no view, but that wasn’t what we’d come for. We were the first here, our footprints leaving the first impressions in the snow.

We celebrated with hot chocolate from the flask before building a snowman – a monument to our little adventure.