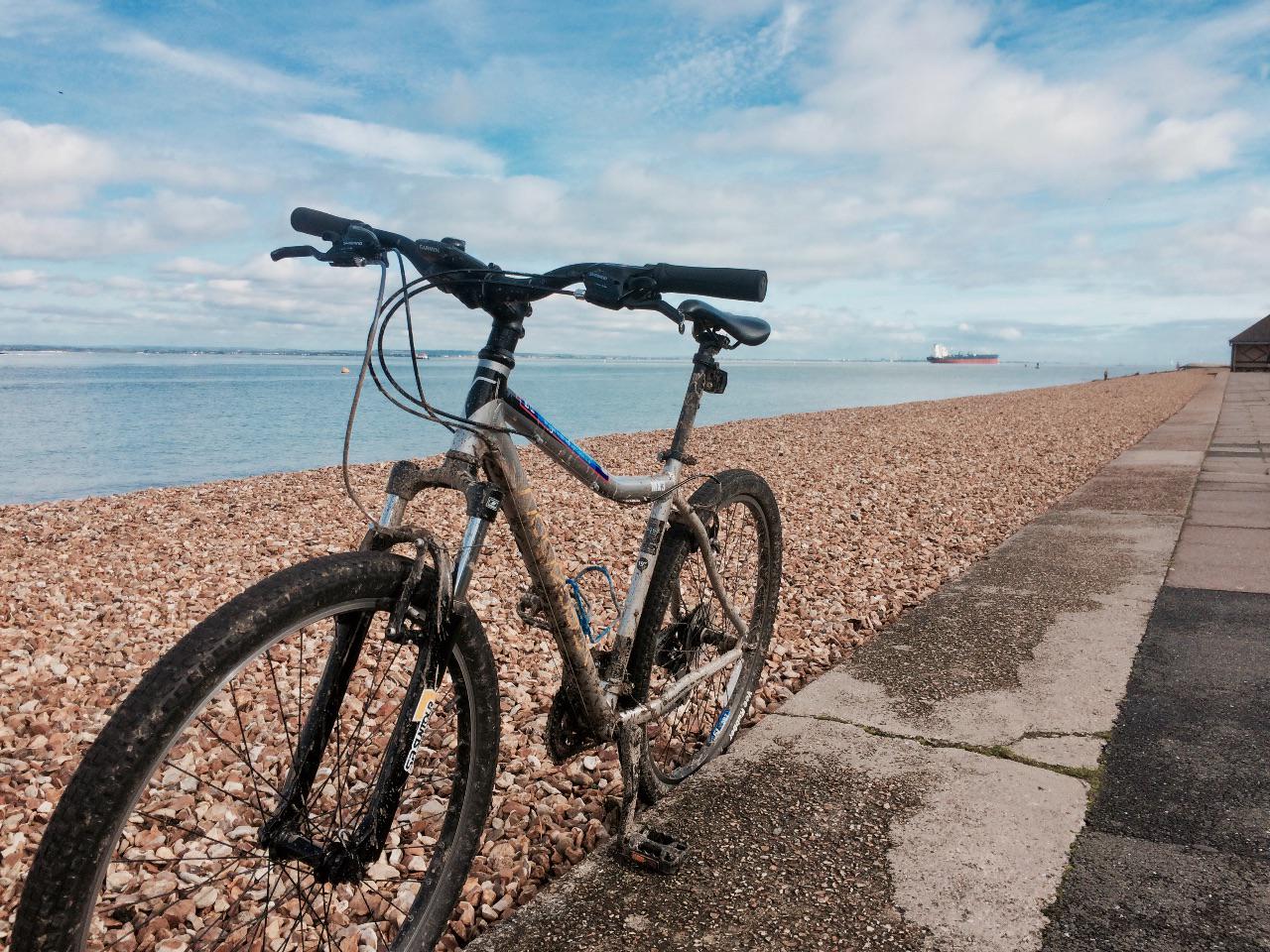 The mountain bike I’d hired was in quite a state when I handed it back. And so was I. Storm Brian had taken its toll on the Tennyson Trail and we were both caked in mud.

I’d taken half a day out of our family holiday on the Isle of Wight to explore by myself. After a gentle pedal along the old railway path from Yarmouth to Freshwater, I joined the Tennyson Trail to head along its bridlepaths and byways to Newport.

I’d hoped to see some of Tennyson’s ‘nature, red in tooth and claw’ – or at least a red squirrel – but I expect the sound of my panting drove most of the wildlife into hiding. The mud certainly made for tough going over Compton Down and through Brightstone Forest, but I missed it when I dropped down on the roads beneath Carisbrooke Castle.

King Charles I was imprisoned in the castle after the Civil War, but I didn’t linger long. Instead, I picked my way through the town until I found the Red Squirrel Trail and followed it along the line of the old railway to Cowes. I paused to eat a sandwich on the Esplanade, savouring the memory of the off-road part of my ride.

The final section of my 57km loop would be back along the roads through the Newtown nature reserve and Shalfleet. Despite the island’s reputation for good road cycling, I found the traffic busy and missed my earlier trails. Cycling on the Isle of Wight, I decided, is best done off road – just don’t count on seeing a red squirrel.