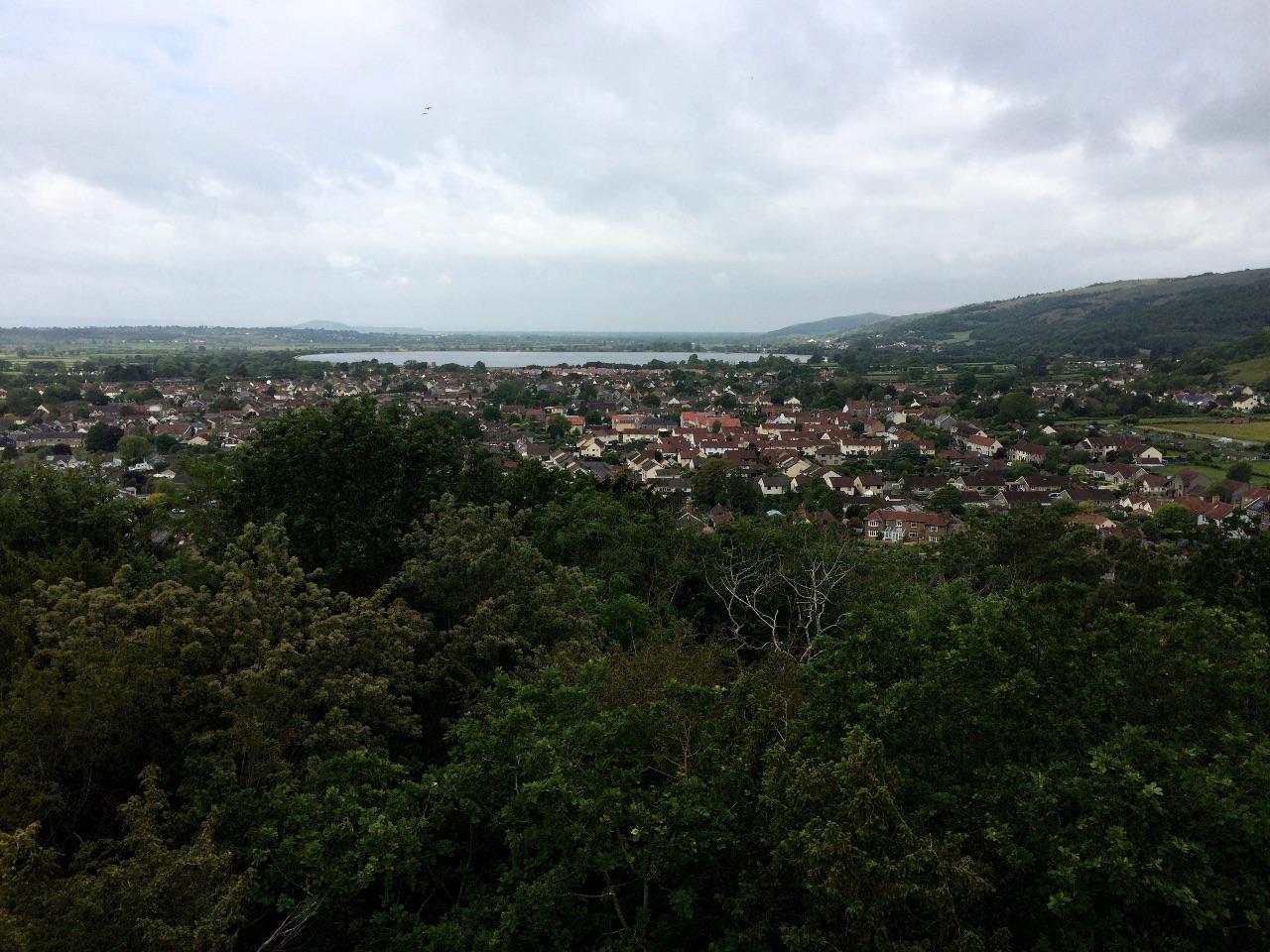 From our viewpoint above Cheddar Gorge, the town stretched out before us and we could see the hostel where we had spent the previous night.

I was surprised G had been keen to cycle the extra distance towards the gorge and then climb the paths above it to look down. We still had 20km or so of cycling ahead of us and G was only five years old.

This was our first father-and-son cycle tour – a two-day trip along the Strawberry Line, from Yatton to Cheddar and back. The cycle path, a former railway line used to carry the strawberry harvest, is part of an ambitious project aiming to create a continuous 48-km traffic-free route from the Mendips to the sea. That would be quite a ride.

On this occasion, the existing stretch of path was challenge enough. We’d caught the train from home to Yatton the previous day and ridden from there in deteriorating weather. I’d been impressed with the way G had stuck at his task as the rain worsened. When we’d stopped at a cafe to shelter and refuel (cheddar cheese on toast, of course), I’d offered him the chance to turn back. There might even have been part of me – the cold and wet part – that wanted him to say yes. No way; he wanted to go on.

On day two, G’s determination was rewarded – the weather was set fair and we were both in good spirits. Having ticked the gorge off our sightseeing list, we called in at a bakery to buy provisions for lunch (yes, cheddar cheese sandwiches) before retracing our steps along the path towards Yatton. With plenty of time to reach our train, we stopped often for snacks, to explore side paths and, on reaching Yatton, to try out the local playground. We rode our bikes around the skate park, lost in the fun of it, until it was time to head to the station.

Later, on the slow train ride home, we reflected on our first overnight cycling adventure together. I was proud of G for his determination; he was proud of getting to eat Cheddar cheese for every meal.

Well, when in Cheddar.