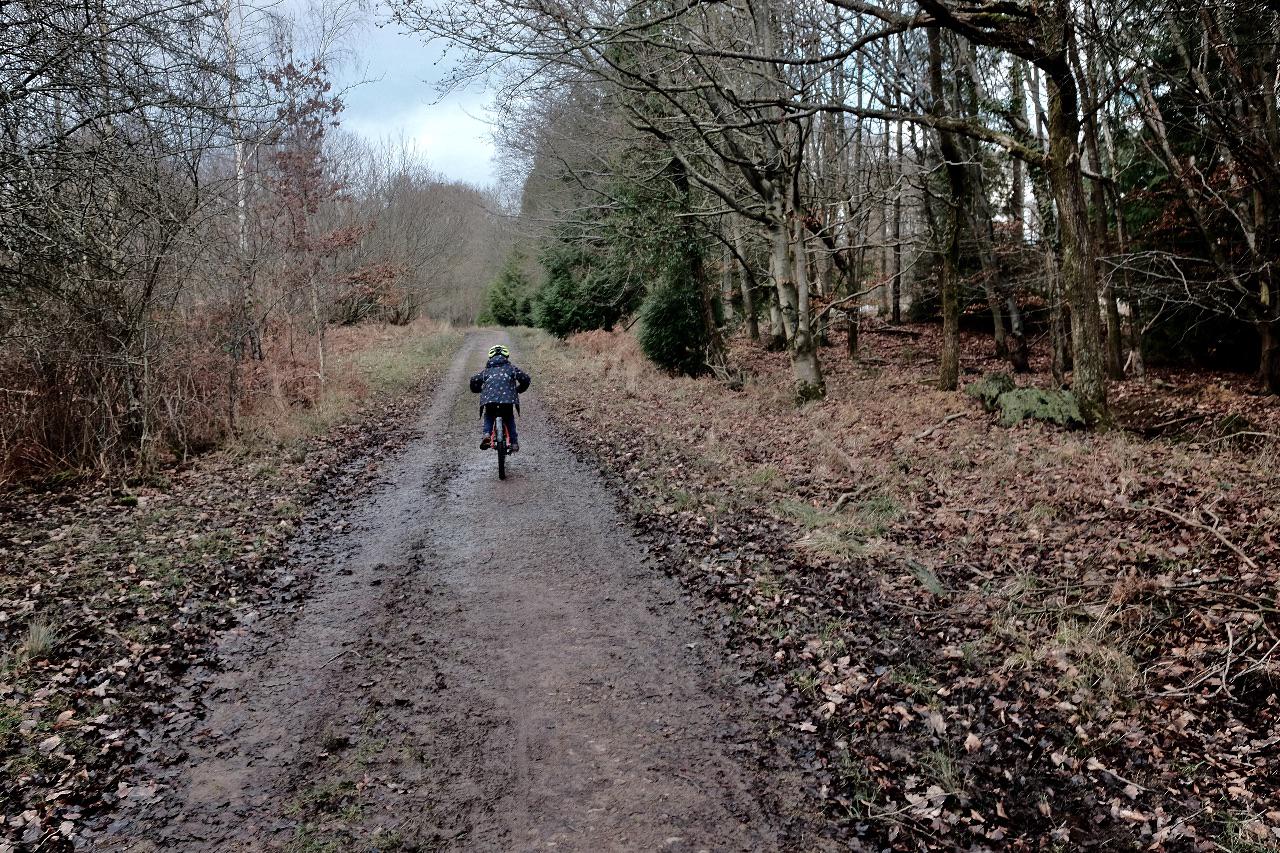 For much of the ride we followed the ghosts of old steam trains – their rails now long gone and their presence a distant memory. In their place: cycle paths and forests tracks.

By the late nineteenth century, railway companies had stretched their fingers deep into the Forest of Dean – keen to get their hands on revenue from transporting minerals and then, later, passengers. It didn’t last long, however. Less than a century later, the last of these lines fell silent after collieries closed and the railway companies struggled. The forest’s railway boom was over.

Now the waymarked family cycle path uses some of the network, the former trackbed making for a gentle gradient well-suited to young legs. We’d ridden the family trail many times and since G was now six and capable of going further, we branched out.

Taking in loops of forest tracks, we bypassed the busier sections of trail and made up our own route. The wide tracks meant the three of us could ride side by side and we could chat, falling into the steady rhythm of a longer ride. The Severn and Wye Railway and Canal Company’s loss was our gain.