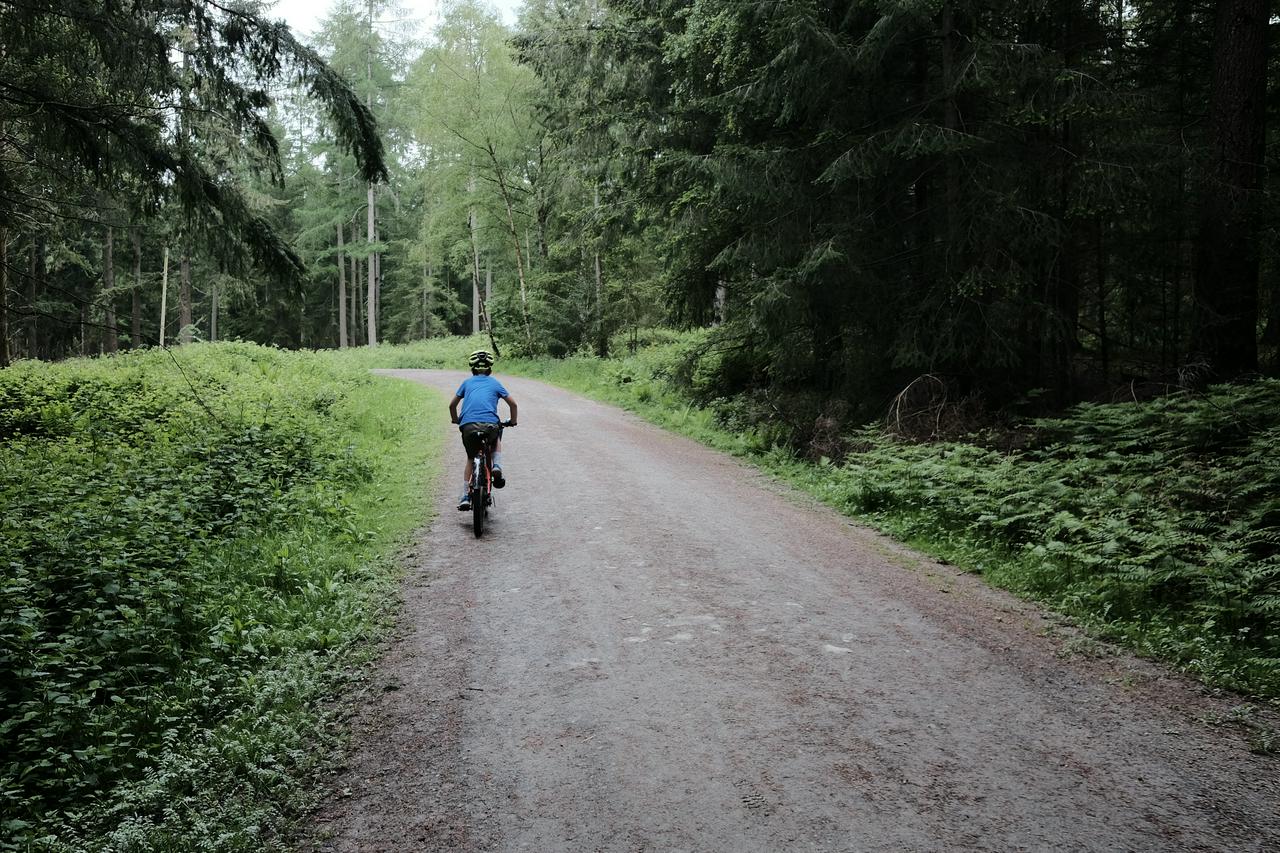 It had been six months since we’d been to Mortimer Forest and it felt good to be back. For family rides, forest tracks offer us the sort of traffic-free exploration that’s hard to come by where we live. Whenever we roll out of a car park and into the trees, we feel free.

But forests weren’t originally about freedom. As Nick Hayes points out in The Book of Trespass, the word ‘forest’ comes from the Latin foris meaning ‘outside of’. They were areas that operated outside of common law. They were where monarchs from William the Conqueror onwards kept deer and where, thanks to forest law, everyone else enjoyed fewer rights than they did across the rest of the land.

So, had G and I been unloading our bikes from the car centuries earlier, we might have been about to get into big trouble. But the royal hunting grounds were already long gone when the trees at Mortimer were planted by the Forestry Commission in the 1920s. The deer that live there today belong to no one, and we’re free to ride the tracks.

We pedalled out of the car park and began the climb to the High Vinnalls viewpoint. This was our usual route – getting the pain of the ascent out of the way, with the reward of a 360-degree view to spur us on. 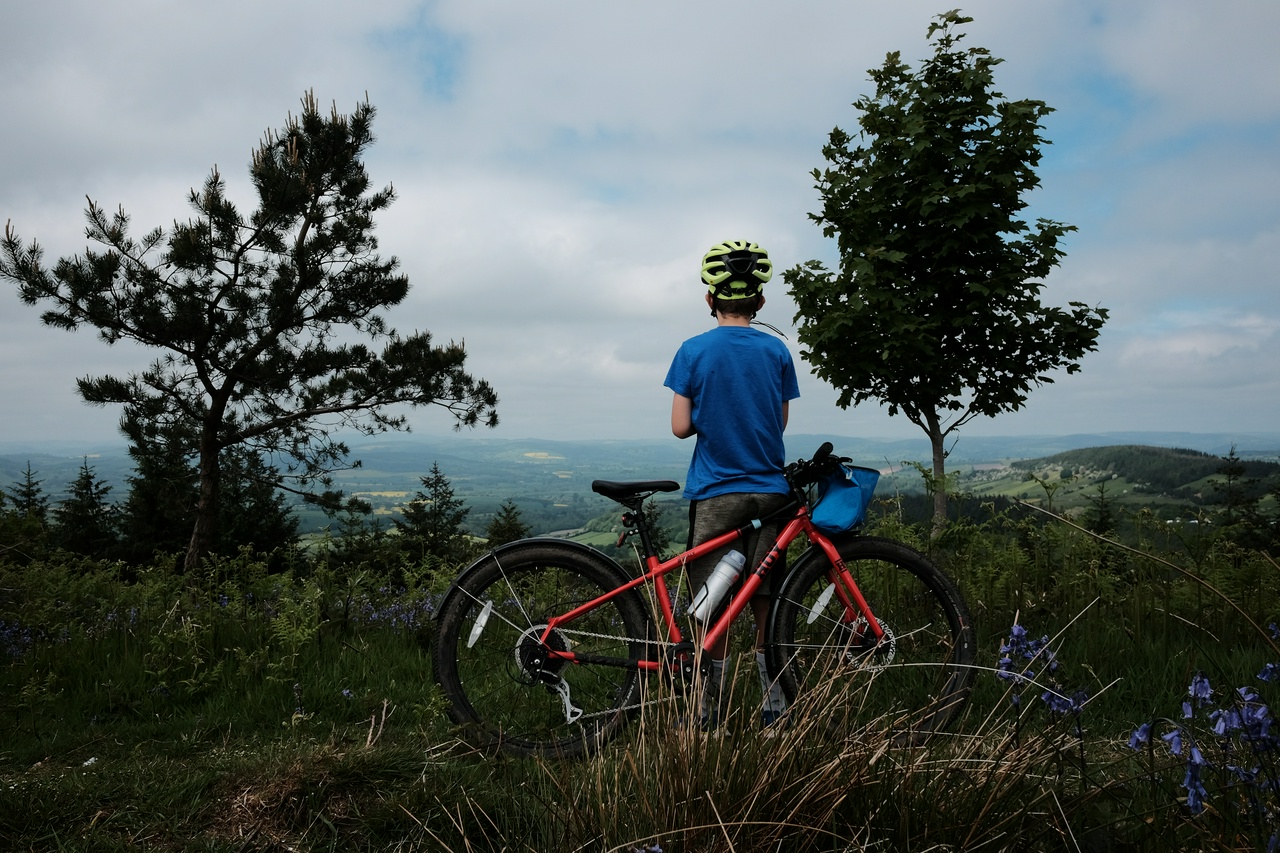 There was more to my sense of achievement than just completing the climb, though. This was my first longer ride after six months of injury and I was relieved it was going well. There had been times during the dark winter when I’d doubted I’d be able to do this again.

After stopping to take in the scenery, we sped down the gently curling logging roads on the far side of the hill. On the way we spotted the huge forestry machines parked up on their day off. They enable a couple of operators to harvest stacks of timber that used to require whole teams of men and horses.

G and I thought that one machine – the one tasked with cutting down the trees – looked evil, due to the arrangement of grille and headlights that made up its ‘face’. The other one, responsible for clearing and stacking the felled trees, looked friendly. Both had massive tyres that cut huge trenches through the mud. 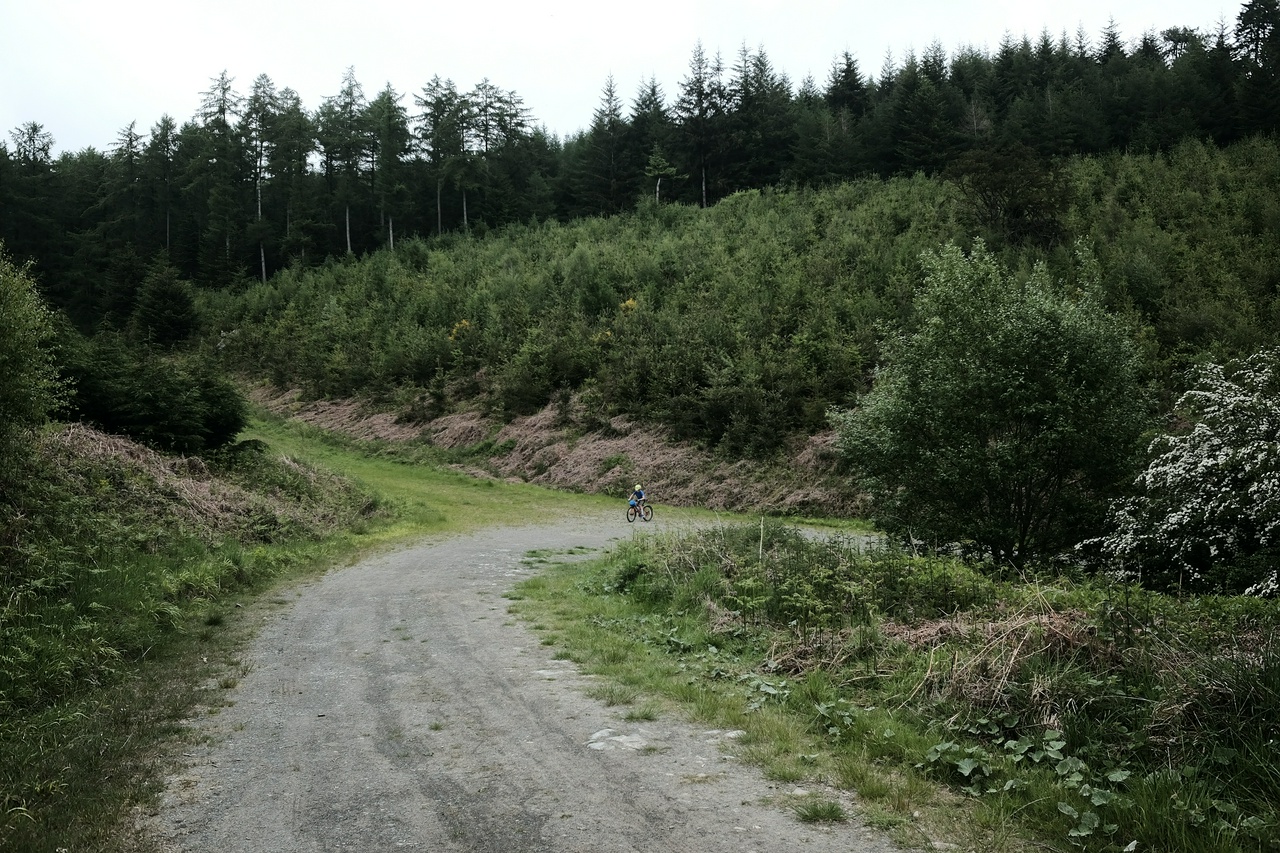 The cutting seems devastating, but it’s part of a delicate balance Forestry England (as the Forestry Commission is now called) must strike between commercial forestry, encouraging plants and wildlife and providing an area for recreation. In a country where we have a limited legal right to roam over just 8% of the land, that last part is crucial.

I enjoy riding through a working landscape where people are welcome, one that provides a home for wildlife – including a unique long-haired fallow deer – without excluding humans. For a morning we’ve become, as much as we can be, part of the forest. As we complete our circuit and freewheel back down the hill to the car, we’re both content.

We’ll be carrying some of the forest home with us. Not just the mud on our tyres, but the swish of the tall trees, the glimpse of a deer and the memory of a morning where we felt free.