Monsal Trail bike and and hike 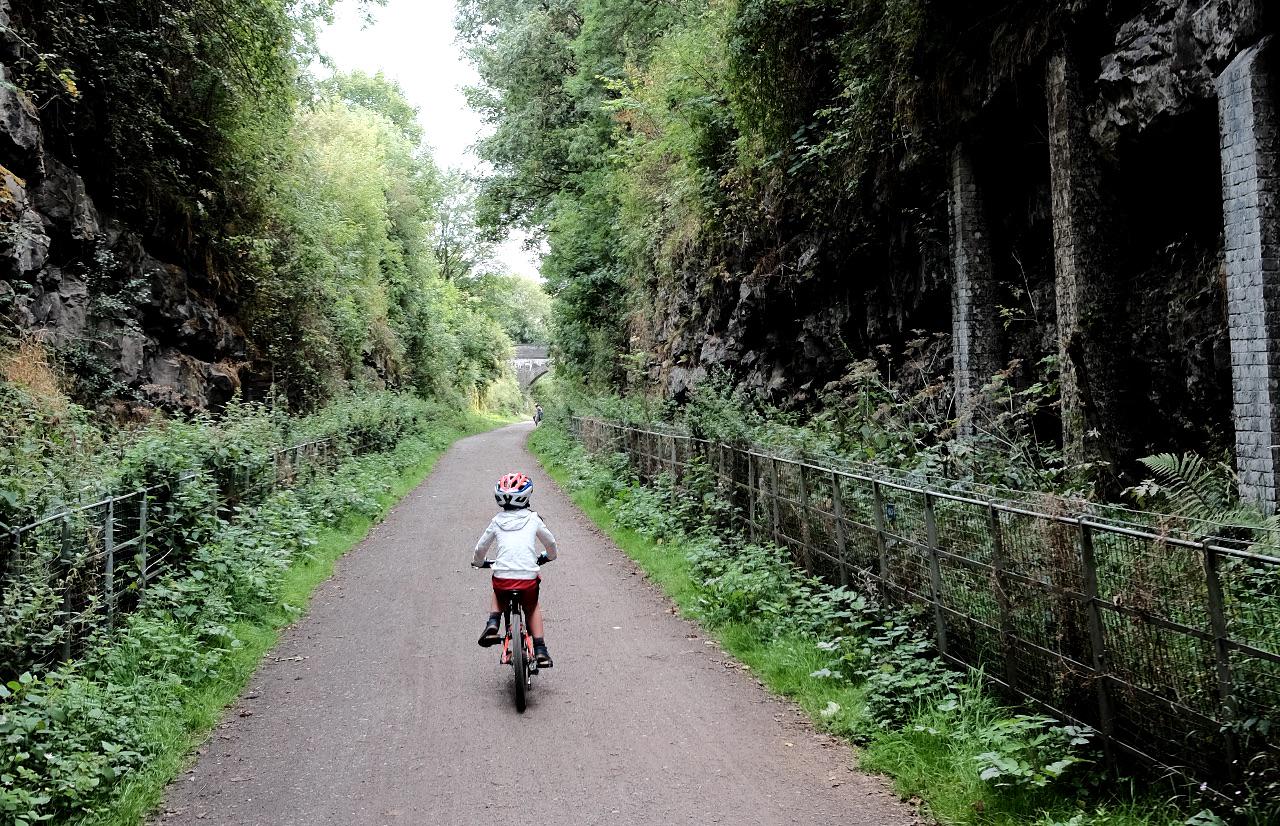 We dived into Pizza Express, hungry after a day that had been a bit more adventurous than planned – combining a family ride on the Monsal Trail with a hike back into Buxton.

Never too keen on driving unless we have to, we had decided to take the train up and stay for a couple of nights to do the trail. The tricky thing is that, as with so many cycle paths, the Monsal Trail isn’t actually accessible by train; it starts a few miles outside of Buxton.

So, on the morning of the ride, the three of us – me, J, and G (aged five) – were up early to catch a bus out of town to the start of the trail at Blackwell Mill. After a short walk along the track, we picked up our hire bikes and set off along the trail towards Bakewell.

Passing through cuttings, across bridges and through tunnels, this is a spectacular route. It’s also a busy one during the school holidays. For G this meant, on top of nearly 23km of riding, the added challenge of handling his bike on a busy path. It’s not always easy to remember to look where you’re going when you’re five.

We decided that Hassop Station would be our half-way point and elected to turn back there (after an ice cream, of course). It would be gently uphill on the return journey and we didn’t want to test G’s stamina too much. We needn’t have worried; he made it back without us resorting to pushing, towing or walking. As it turned out, it was just as well he had some energy left.

Back on the A6 where the bus had dropped us, there was no sign of a bus stop as such, no timetable and no mobile phone reception. We thought there would be a bus passing within the hour, but we weren’t sure. What should we do?

We decided to continue the adventure. We didn’t know if and when the bus would come, but we did know that we could walk back to Buxton. It was about four miles and would take us a while, but we’d definitely get there. And so we set off, crossing the road and heading up a path alongside the quarry opposite.

Our route took us through the nature reserve of Deep Dale and its limestone habitat, then along a stretch of the Midshires Way long-distance path into Buxton and, finally, straight into Pizza Express for a well-deserved blow-out.