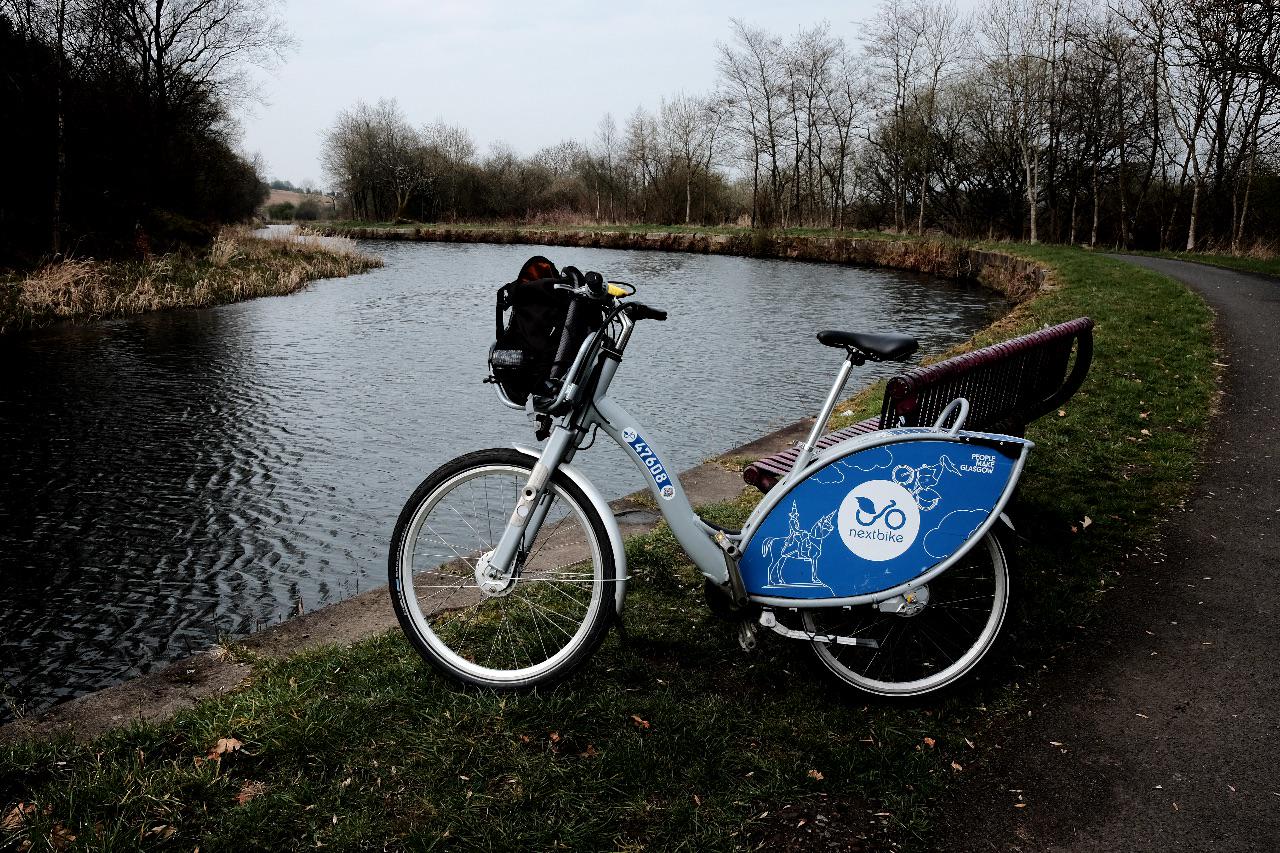 “I’ll meet you there,” I said to my family as they headed off to the station. It was the first leg of our holiday in Scotland and they were catching the train out of Glasgow to the Falkirk Wheel. I was keen to do some cycling, so I planned to grab a bike from the city’s Nextbike bike-sharing scheme and ride along the canal to Falkirk.

The first thing I noticed about the Nextbike, once I’d located an available one near our hotel, was the weight. It was very, very heavy. This was going be quite a workout, particularly into the stiff headwind that was blowing. But I was committed, and I slung my rucksack into the front carrier and set off.

Canals rarely offer the most spectacular riding but I enjoy the way their green and blue arteries flow right into the centre of old industrial cities. And – something I was particularly grateful for on this occasion – they’re usually pretty flat. As I pounded into the wind, I got into the heavy rhythm of the towpath, though it felt like I couldn’t be going much faster than the towing horses of the past whose hoofprints my wheels were following.

A brief stop to catch my breath and I was on my way again. There was industrial history all around me but I was intent on getting to a modern wonder of engineering: the Falkirk Wheel. The £84.5 million project is a boat lift, dreamt up in 1998 as a way to re-join the Forth & Clyde and Union canals. Until the 1930s, boats negotiated a series of 11 locks – a task that took nearly a day – to transfer between the canals. Since then there has been no way up or down – until the wheel.

I think the bicycle is pretty much the pinnacle of engineering efficiency. I have to admit, though, that the Falkirk Wheel comes a close second. The only rotating boat lift in the world, it scoops up a narrowboat in either gondola – along with an Olympic swimming pool’s worth of water – and rotates, powered only by the same amount of energy as it takes to boil a kettle. One boat goes up, the other comes down – the two gondolas counterbalancing each other.

It was quite a sight, and I enjoyed the fact that people are attracted to the beauty of watching something so functional, so mechanical do its job so elegantly. Over five million people had been before us, just to watch the wheel. I can see why. We stayed for a few turns, eager to see the wheel in action again. Then, eventually, it was time to head back to Glasgow.

With the wind behind me my return journey was quicker – until the bike picked up a puncture somewhere near Partick Thistle’s stadium. With no pump (I don’t think Nextbike expects people to embark on 76km rides) I nursed the bike back to its docking station and used the app on my phone to report the problem.

I wasn’t feeling deflated, though. Quite the opposite. My urban adventure was the perfect start to our holiday.