Elan Valley: the rough and the smooth 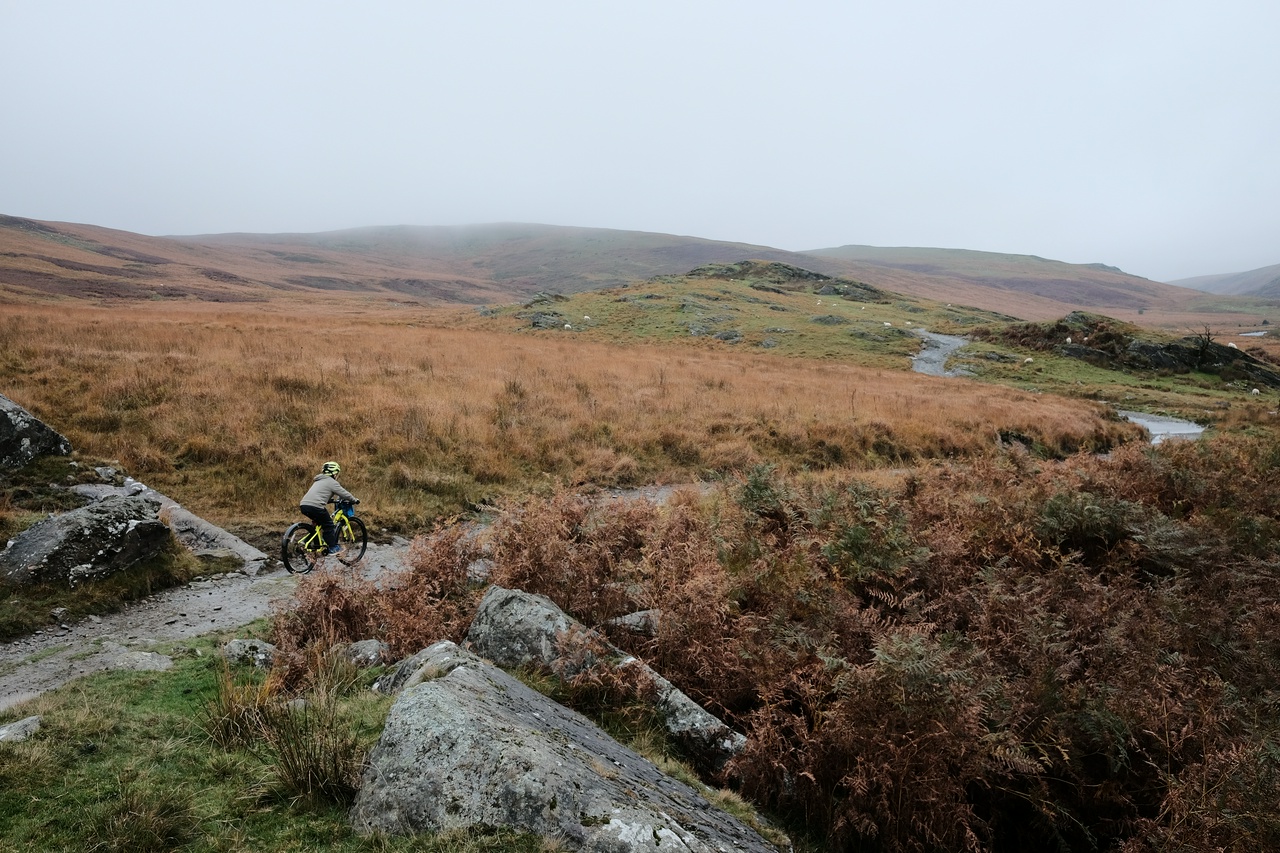 Not every family rough-stuff expedition we attempt goes smoothly but an October ride in the Elan Valley proved to be a hit, despite the conditions.

A half-term holiday based in Elan Village provided the opportunity for the whole family to expand their cycling horizons. By mid-week, we’d warmed up on the gentle Elan Valley Trail (NCN 81) and I’d cycled solo around the Claerwen Reservoir and past the Teifi Pools to meet the other two on the beach in Aberystwyth. It was time for our next challenge.

Pouring over the map, G – aged eight – had spotted a byway he wanted to explore. I’d seen the track, between the farm at Rhiwnant and the base of the Claerwen Dam, from the nearby road the previous day and it looked pretty wet but passable. Well, probably passable. So we decided to give it a go. I knew it was part of the Trans Cambrian Way route and was rideable – at least by some people in some conditions. 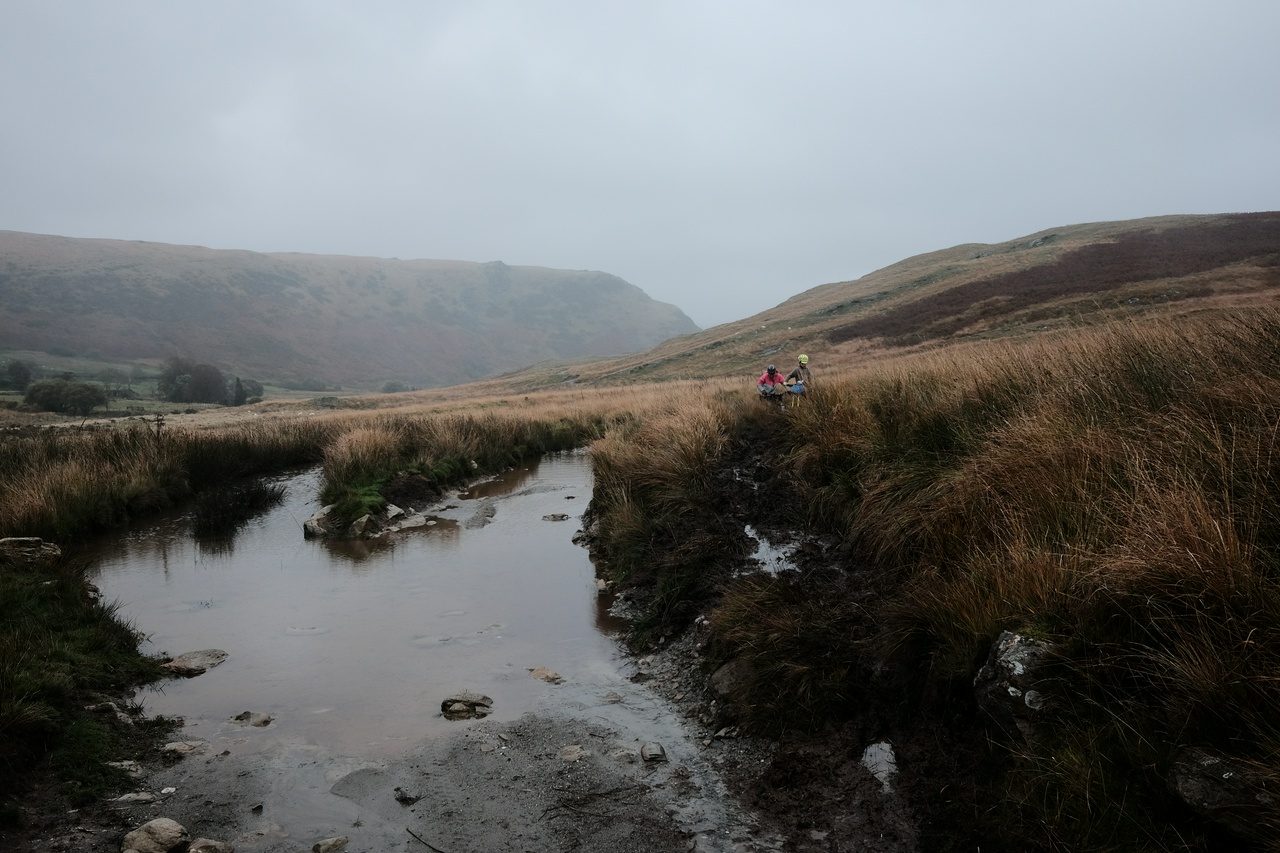 Setting off in the morning from Elan Village we climbed past Caban Coch dam and followed the Elan Valley Trail around shore of the reservoir until it was time to join the road and head across the bridge. The quiet lane south on the opposite shore provided some nice gentle climbs and descents, and we soon reached the junction to turn left to Rhiwnant.

Another short stretch of tarmac later brought us to the gate that marked the start of byway. I looked at the muddy water streaming towards us over the trail and offered G the chance to turn back, or at least to swap to the easier road option. He’s often grateful for such an offer but today he was determined. He’d planned this route himself and he was going to ride it. So that’s what we did. 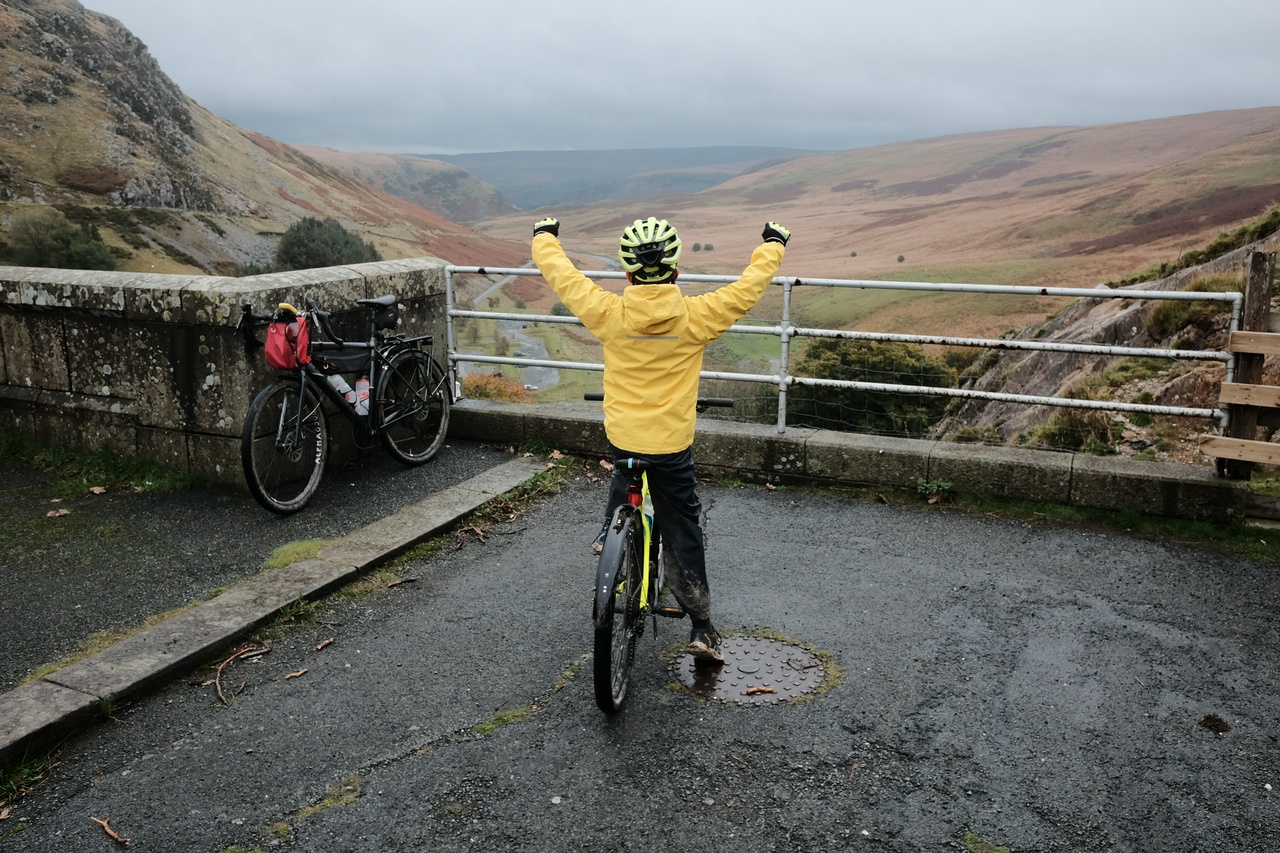 G steered his little rigid mountain bike over some of the roughest stuff I’ve ever seen him tackle, while I struggled to point my pannier-loaded gravel bike in vaguely the right direction. As conditions worsened and the mud got deeper, we enjoyed it all the more. It was one of those days when everyone’s in just the right mood and can see the funny side of pushing your bike through deep mud and riding up what is basically a river.

Eventually, the most difficult bit was over. We’d done it. We rode up and over the dam to celebrate and enjoy the view – before taking the easy way home down the road.

The rest of the week was more gentle, including a couple of rides into Rhayader along the trail for G to try the excellent Pump Track Wales. But we’ll always remember the byway to Claerwen, a reminder that family rides can be at their best when the going gets rough.