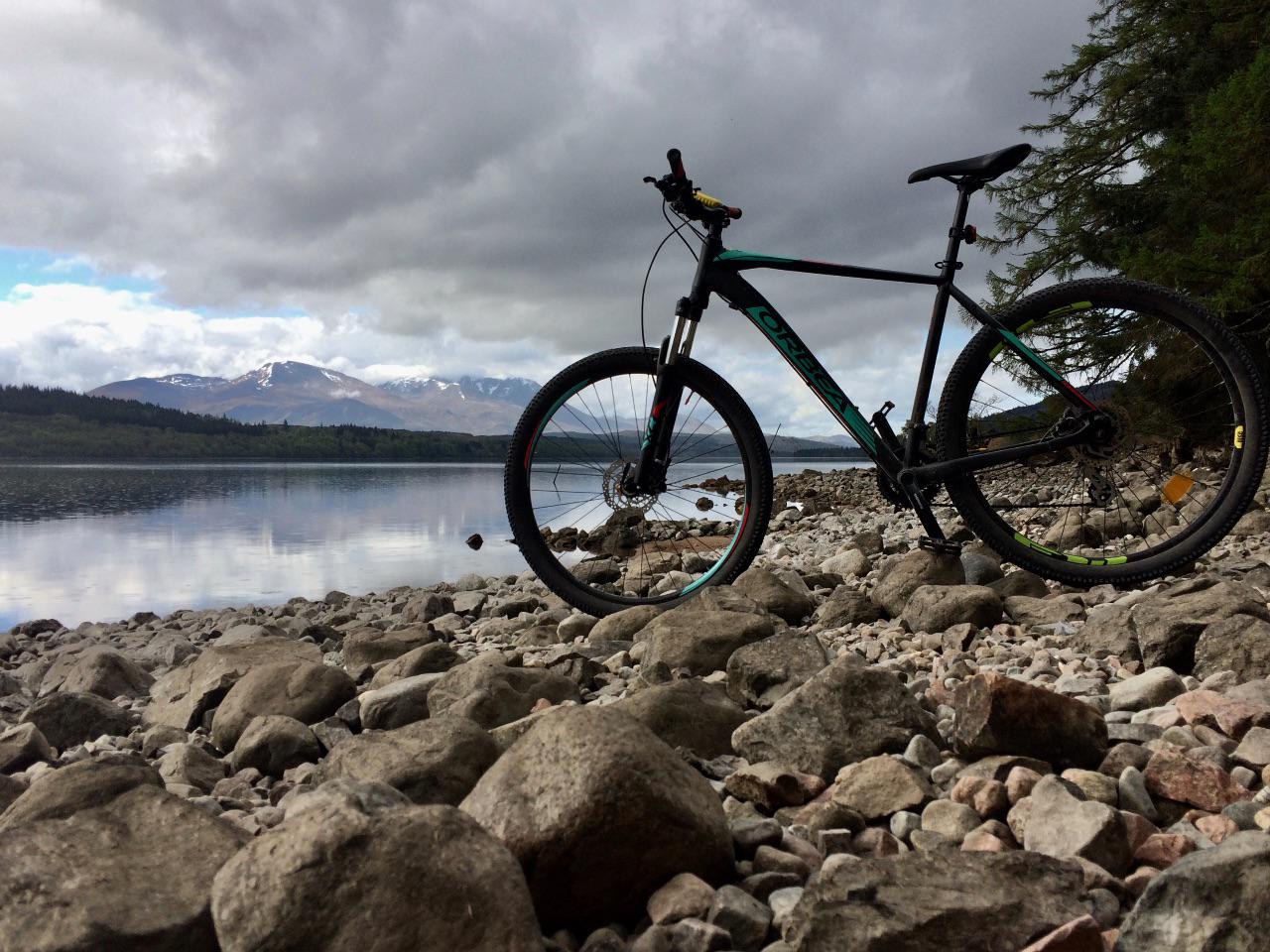 As we pedalled along the white gravel towpath we couldn’t believe our luck. It was only Easter but the temperature was nudging 20°C in an unseasonal warm spell. Early in the year, and with local schools not yet on holiday, we had the path almost to ourselves.

The Caledonian Canal towpath offered a perfect way for us, as a family, to experience the Highlands on our hire bikes. Thanks to the efforts of prolific nineteenth-century Scottish engineer Thomas Telford, we could cycle through the mountains without having to go up them.

Between our rented log cabin in Fort Augustus and the end of the canal at Corpach, near Fort William, there lay around 50km of gloriously gentle off-road cycling. Both National Cycle Network 78 and the Great Glen Way take this route. There was even a floating pub to call at on the way – at Laggan Locks.

Yet the glen is only a narrow lowland corridor through the high country. Beside us as we headed south-west, mountains steepled upwards, their peaks still capped with snow. The sunny weather gave us a clear view of Ben Nevis – better, in fact, than the view I had when I climbed the mountain in mid summer eight years previously.

Undoubtedly this would have been a lesser ride without the scenery. There was also just enough variety under-wheel to keep things interesting. Telford engineered sections of canal to link natural lochs, so not all the route is towpath – it also includes forest trails around the lochs and a stretch on the disused Invergarry and Fort Augustus Railway.

The railway’s loss was our gain, though, and we enjoyed the easy riding along the old track bed. So much so that before we knew it, we were at Laggan Locks. After a canal-side picnic, G and J set off back to Fort Augustus – making a total of nearly 36km for five-year-old G. I pushed on, keen to reach Corpach and the end of the canal. I wanted to go as far as it was possible to go.

After more towpath, then some forest tracks and a very short stretch of minor road, I reached Neptune’s Staircase. I descended alongside the eight locks and then there was no more canal left to ride; I had reached Corpach and the sea.

I lingered just long enough to take a photo before turning back towards Fort Augustus, hoping there would be a cup of tea waiting for me at the cabin. After nearly 100km I reckoned I deserved it.