A weekend in the forest 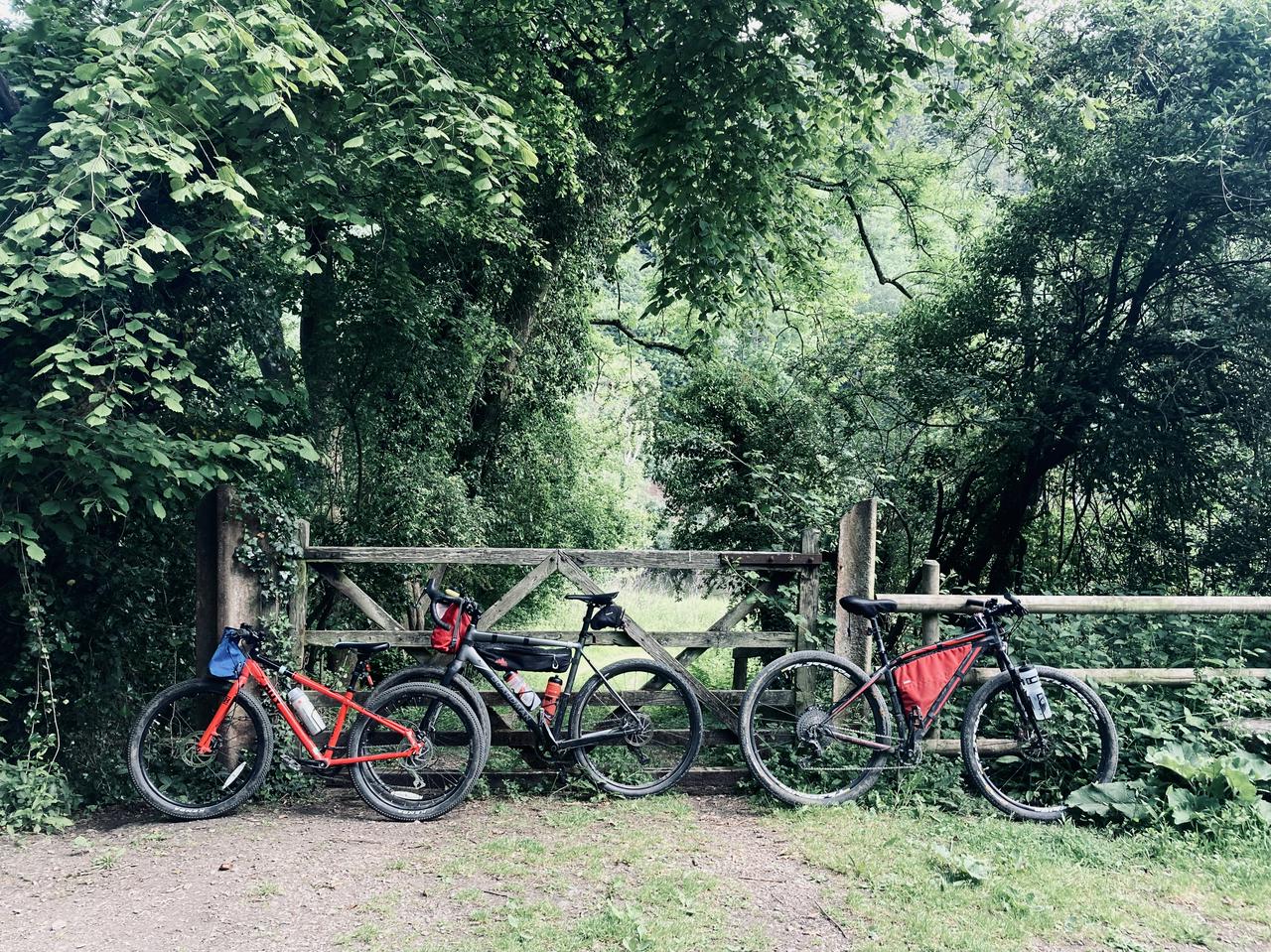 Following a year in which the pandemic had kept us close to home, the prospect of a few days pedalling along tracks by the River Wye felt like a distant adventure.

With Covid-19 adding to the hassle of holidays, we kept things simple on our first overnight trip and opted for a long weekend at a cabin in the Forest of Dean. This meant that I could cycle there, while G and J took their bikes in the car.

I planned my route carefully, taking in as much off-road as possible. It cut through Dymock Woods on the way and entered the Forest of Dean as soon as possible to make use of its network of logging roads and bridleways. I hoped to weave my way through the trees, emerging only to cross the main roads that divide the forest.

My reward for hours spent scouring maps and aerial photos was 60km of some of the quietest riding I’ve experienced in a while, and the longest ride since my back injury last autumn. By chance I also came across my dad – out for a ride of his own – on the way and stopped for a chat. It seemed destined to be a good trip, and we spent the first evening settling into the cabin and looking forward to exploring the trails.

The next morning – our first full day in the forest – we started gently by following the Peregrine Path, running along the course of a disused railway by the River Wye, from Symonds Yat into Monmouth. The ride included a quirky semi-official back way into town along a rusting, unloved and rutted old railway bridge. There was also a derelict viaduct, a fortified medieval bridge, a paddle in the river and miles of lovely cycle path. Oh, and ice creams of course. There are always ice creams. 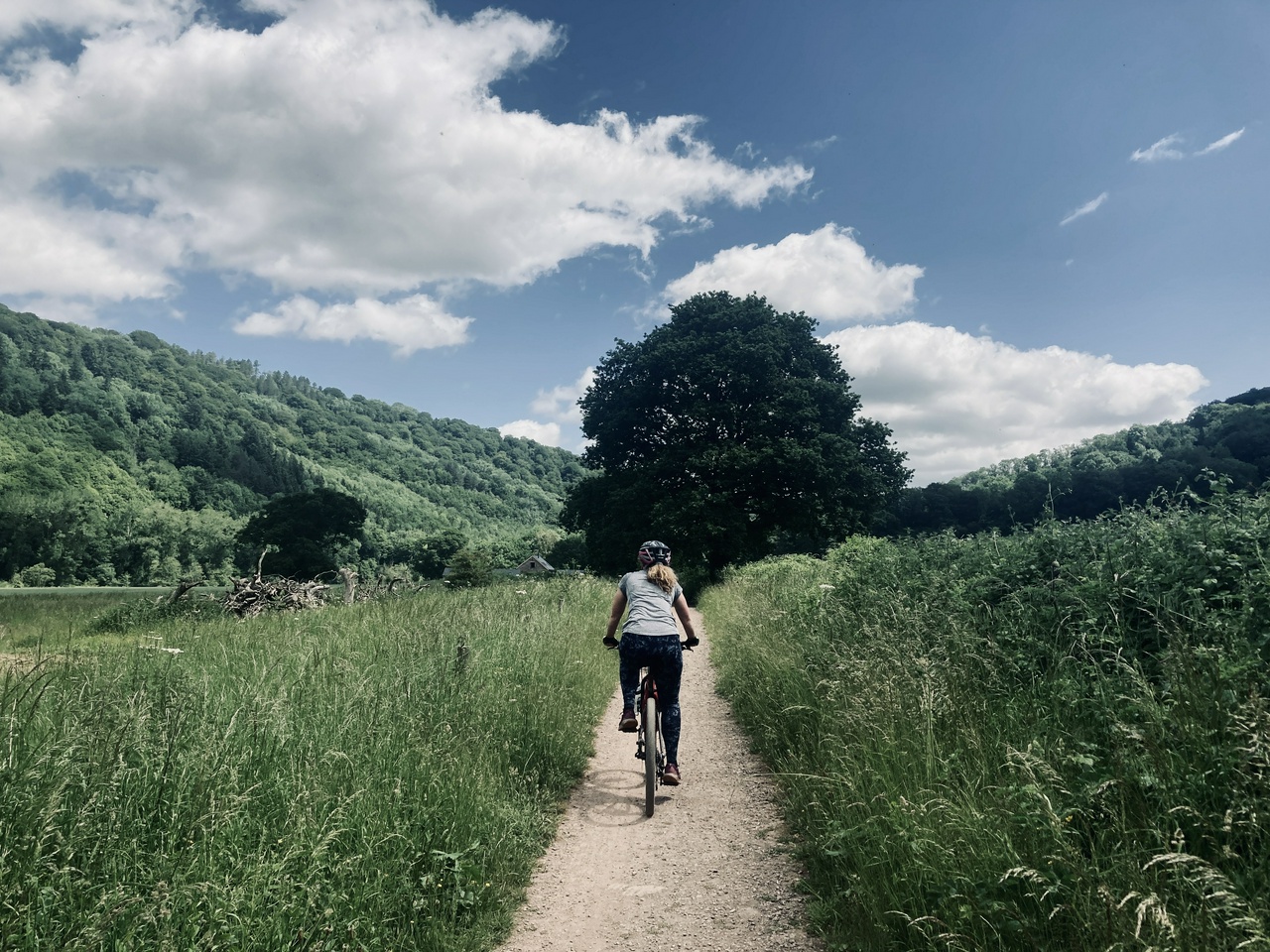 Not every ride was such easy going. The forest stretches steeply away from the River Wye to the east and we often had to haul our way up long inclines. And one bridleway exploration included a fair bit of hike-a-bike, which G took with good grace.

The fact that you'll get there in the end, even if you have to push up the steep bits is one of the things kids learn from riding bikes. They also learn that those tough times make the views from the top seem even better. And that it’s good to enjoy the descents and the flats – because there’ll always be more steep bits ahead.

Soon enough there were no more trails ahead for us – steep or otherwise. It was time to leave, and for me to retrace my steps on the ride home. Some new tracks kept things interesting as forest turned to common and then to country lanes. Before long I was back on more familiar ground, lanes and tracks I had circled during months of lockdown.

I took with me memories of a few days well spent. The sun shone, the routes were (mostly) as good as they looked on the map, and the forest absorbed months of worries – leaving calm in their place.