A walk to the source of the Severn 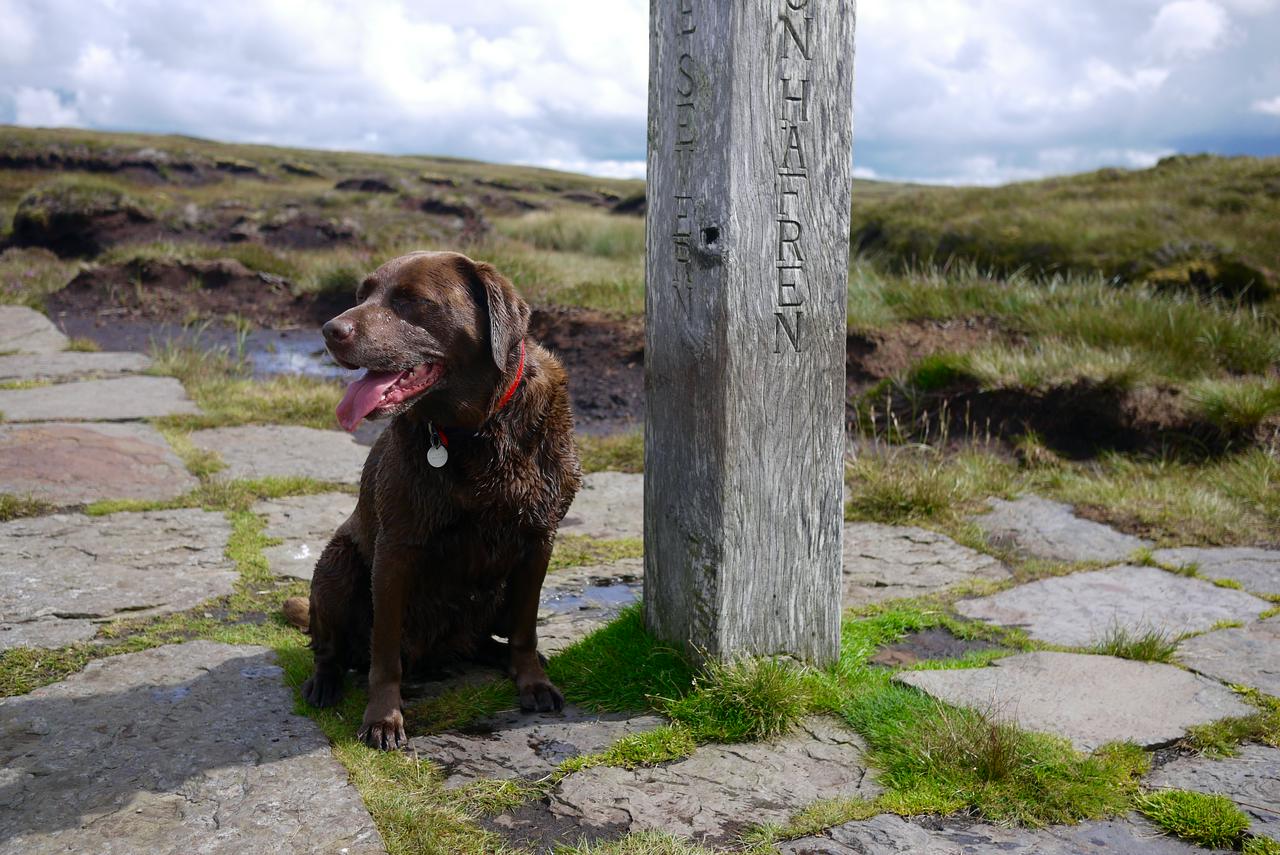 Every winter, I climb the hill behind our house to see the extent of the flooding in the vale below. It’s hard to believe this immense volume of water starts its journey in a muddy puddle on a Welsh hillside.

But that’s exactly where my Dad and I (plus my dog, Wispa) found ourselves after navigating our way to the spot on the map that marked the source of the River Severn. I say navigating. A well worn-path led to a wooden marker post, testament to the number of people who share our interest in reaching here.

One reason, I suspect, for this popularity is an innate fascination with linear features in the landscape. Spot a road, railway or river on a map and it’s hard to resist the temptation to trace its path with your finger. Where does it go? Where did it start? There’s a compulsion to find out.

And now we had. Parking the car in Hafren Forest, we’d walked along a boardwalk trail, up through the trees and out on to the open hillside. The path to the source was clearly signed. The wooden post marking the source stood in a little patio of protective stone, a muddy puddle surrounding it.

That’s the thing with sources of rivers. They’re rarely the spectacular waterfall-emerging-spontaneously-from-the-rockface setting that you might imagine from films. They’re simply the farthest place upstream the river can be traced back to. A bucketful or so of the Severn floodwaters I see every year might come from this very spot. The rest accumulates along the course of the river, the threads of its many tributaries weaving a complex network across the landscape.

Perhaps that’s why we like to simplify things by identifying and marking a single point as the source. In any case, with views across to the coast and to Snowdonia, it was a lovely spot for a walk.